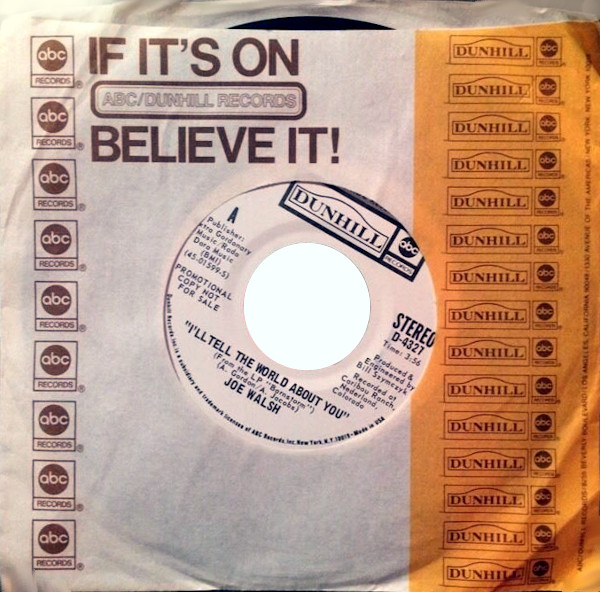 The Magicians may have disappeared, but Joe Walsh shines a spotlight on them with this single.

The advance single from Joe Walsh’s first album was a cover of I’ll Tell the World About You, originally performed by The Magicians (Alan Gordon and Allan Jacobs’ band) back in 1966. The original is a sweetly sentimental track that should have gotten the band national attention. Walsh’s version curdles the original and never should have been released as a single. I’m including a link to the original song by The Magicians so you can make up your own mind.

The B side is Mother Says, which would have made for a much better single, presuming they edited out the middle section. That would have left them with a tight three-and-a-half-minute song that featured the same compressed sound as Walsh’s hits with James Gang. Instead, in its full version, “Mother Says” is like James Gang meets Elton John with a nod to The Who at the end, only not as good as that sounds.