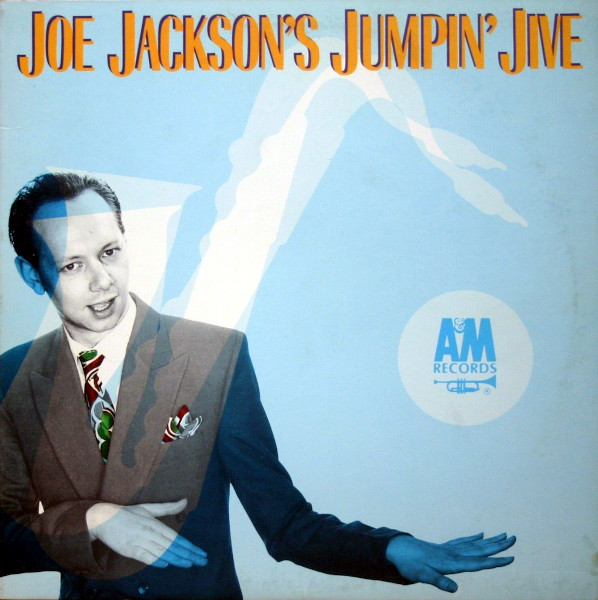 Joe Jackson travels back in time and returns with the swingingest album of 1981.

On his last album, Beat Crazy, Joe Jackson sounded like he needed a vacation. For his next album, he didn’t just travel to another place, he traveled to another time. Joe Jackson’s Jumpin’ Jive is a collection of songs that were first popularized in the 1930s and 1940s. It’s an almost 180-degree turn from new wave. He ditched most of his band. He ditched the piano for the vibraphone. He ditched the skinny tie for a fat boy tie. And he released what was certainly the most surprising and arguably one of the best albums of 1981.

I love this record. Maybe even more than Look Sharp! It is an exuberant record that sounds like Joe Jackson is having the time of his life. The music leaps from the speakers, the arrangements sparkle and Joe Jackson dazzles with his charm (!) and spot-on delivery. Of course, it would turn out to be one of a series of sharp musical detours over his career, but at the time I was totally down with the idea of him sticking to swing for the rest of his life. In fact, forty years later, I’m still waiting for a followup.

In the liner notes, Jackson professes an affection for the music of Louis Jordan and Cab Calloway, both of whom are well represented here. From Calloway’s camp, there is We the Cats (Shall Hep Ya) and Jumpin’ Jive. On Jordan’s side, there is Is You Is or Is You Ain’t My Baby, Five Guys Named Moe, What’s the Use of Getting Sober and How Long Must I Wait for You. While I’ve found myself singing “Jumpin’ Jive,” “We the Cats” and “Is You Is or Is You Ain’t My Baby” to myself hundreds of times over the years, the entire album is a joy.

I’ll admit, I enjoy swing music. But Joe Jackson and his band infuse it with a crisp, modern sound that improves upon the original formula. As a singer, Jackson is at the top of his game. And the band is crackerjack sharp, from drummer Larry Tolfree to the sultry horn section. On paper, this probably looked like a bad idea. On plastic, it is a revelation. Whatever Joe Jackson did next, I was confident it would be brilliant and unexpected. Turned out I was right.

All songs arranged by Joe Jackson.