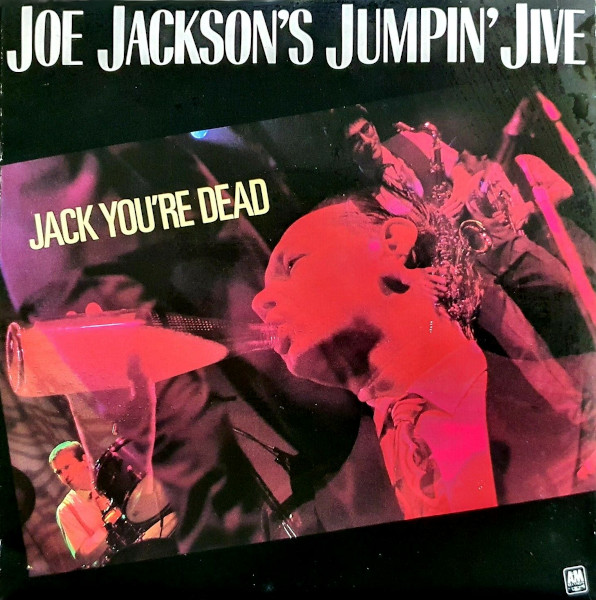 The swingingest cats around are back for a second hep’ing on this UK-only single.

Since the first single from Joe Jackson’s Jumpin’ Jive, “Jumpin’ Jive,” nearly cracked the UK Top 40, A&M shelled out for a second single, this time featuring the elpee versions of Jack, You’re Dead and Five Guys Named Moe. The novelty of Joe Jackson’s swing experiment had apparently worn off, however, and the second single didn’t chart. Both tracks were originally performed by Louis Jordan and his band; Joe Jackson sticks close to the originals while speeding up the tempo, making them more palatable to modern ears in the process.

I thought Joe Jackson’s Jumpin’ Jive was a brilliant move. Risky, sure, but a wonderful surprise, particularly after the overly serious Beat Crazy. JJ seemed re-energized by his new band, and his performance breathes new life into these old songs. If you own the album, there’s no reason to pick up this single, since the songs are the same. If you don’t own the album, you’re not dead, but your life is a little emptier than it should be.