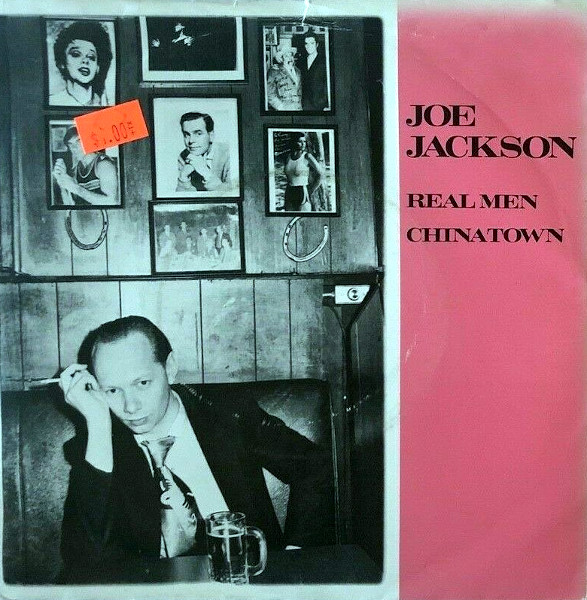 Joe Jackson’s coming out of the closet as a Cole Porterphile kicks off with this emotionally charged number.

The song Real Men was a brave choice for the advance single to Joe Jackson’s new album, Night and Day. Never one to shy away from bashing romantic stereotypes, “Real Men” was the first song from Jackson to tackle the topic of homosexuality head on. (Okay, probably not the best of all possible phrasings.) It feels very personal (Jackson has since admitted to being bisexual), although you could be forgiven for not paying attention to the lyrics since the music is so pretty.

The B side is Chinatown, which is probably my least favorite song on Night and Day. Both songs appear to be the same as the elpee versions; the longer track time on “Chinatown” may have something to do with the intro and fade, since “Chinatown” didn’t have a clean break on the elpee. Of interest, an EP was released in Europe featuring Spanish-language versions of “Cancer,” “Target” and “Another World.”

All songs written by Joe Jackson.