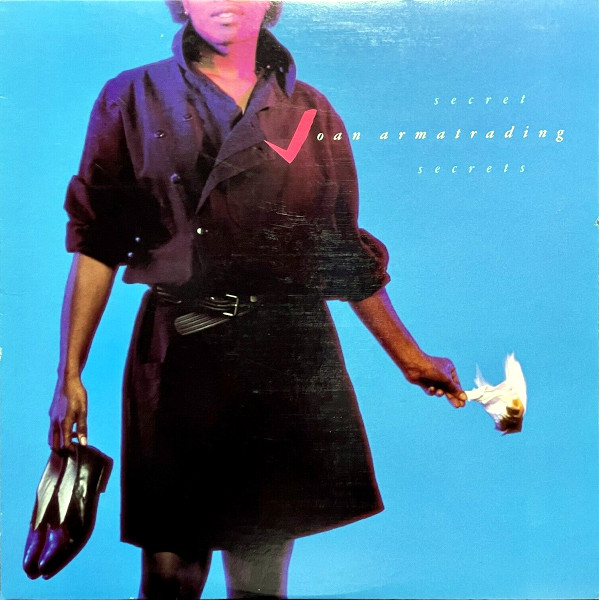 Song for song, this is one of her best albums from the 80s.

Kronomyth 11.0: The confessions of a Secret admirer.

Poor me, pity for me, I didn’t appreciate this album for years. It sounded overproduced like The Key, and the endless game of musical chairs (new producer, new band) was beginning to become a distraction. Then there was the fact that little on Secret Secrets got under my skin, so much as on my nerves with its edgy, off-kilter production. The singles Temptation and Thinking Man are the obvious winners, and a pair of collaborations with labelmate Joe Jackson, Talking To The Wall and Love By You, are gems.

The rest of it struck me as standoffishly noisy. That is until I recognized that, under all of the production lipstick, Persona Grata, Secret Secrets and One Night were really lovely songs. You won’t hear Joan Armatrading’s piano or guitar on them, but what you will hear is some of her strongest songwriting over a storied career. Secret Secrets is a very sophisticated album. Mike Howlett’s heavy production hand won’t be everyone’s cup of tea; in fact, it’s not soothing at all. Scratch the glossy surface, however, and it’s the same raw emotion and revitalizing energy that fuel her best work underneath.

As I said, it took me years to get to this place. Initially, the modern production touches, saxophone solos and Pino Palladino’s fretless bass were annoyances. If you have the same reaction, go back to “Persona Grata” and “Temptation” and listen to the way those songs shift gears so effortlessly. There’s an ominous tone to both songs in their beginnings, but they prove to be walls that quickly crumble, revealing the artist of the beautiful beneath. Now, to go back and give The Key another turn…

All songs written and arranged by Joan Armatrading.