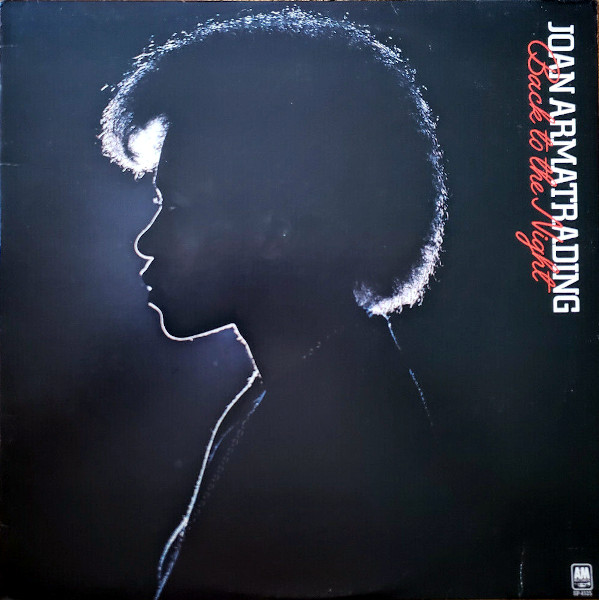 Joan loses a lyricist and gains some confidence on her major-label debut.

Kronomyth 2.0: Back to the drawing board.

Joan Armatrading’s second album is a stronger effort than her first, in more ways a harbinger of the good things to come on her breakthrough third album. While nothing on Back To The Night is as powerful as “Down To Zero” or “Love And Affection,” there are a few near misses including “Back To The Night” and “Dry Land,” both of which were released as singles.

Where her first album felt precious, producer Pete Gage favors flesh-and-blood arrangements that allow Joan’s raw energy and emotion to shine through. The Joni Mitchell and Cat Stevens comparisons still hold, as the music shifts from piano/guitar confessionals (“Come When You Need Me,” “No Love For Free”) to pleasantly oblique pop melodies (“So Good,” “Travel So Far”). The backing band is completely new, a technique that has kept Joan’s music fresh over the years. On this record, you’ll hear tabla, Moog, double bass and other exotic sounds that you wouldn’t encounter on later albums.

Now, a significant amount of time had passed since the release of Whatever’s For Us, and in some ways Back To The Night is a re-introduction. The Joan Armatrading here is a complete songwriter and a distinctive artist with a confident voice. She’s willing to talk about being hurt (“Cool Blue Stole My Heart”), letting go (“Steppin’ Out”) and even finding God (“Get In Touch With Jesus”), although it’s unclear whether Joan is being autobiographical or simply personal with her subject matter. What is clear is that Joan wouldn’t need to suffer comparisons for long.

This album is her stepping out party, just as her eponymous third album would be her step up to the big leagues. Oh, and if you care about these kinds of things, that really is a pre-Police Andy Summers—credited here as Sommers, which is a hybrid of his real name (Somers) and stage name (Summers)—playing lead guitar on the serendipitous “Steppin’ Out.”