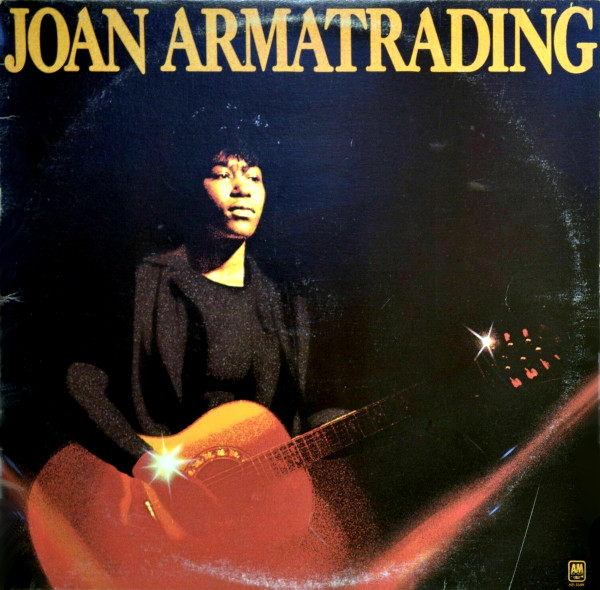 Her breakthrough album, featuring some of the best songs from a brilliant career.

Kronomyth 3.0: The rise and fall at my door of Joan Armatrading.

Listening to her first two records, you had the sense that Joan Armatrading was someone special, but you didn’t know how special until you heard this album. Produced by Glyn Johns (The Who, etc.), Joan Armatrading is a quantum leap from her last album. “Down To Zero,” “Love And Affection” and “Save Me” capture the peculiar beauty of her music in perfect detail.

All of the songs on Joan Armatrading come from a place of strength, bolstered by a backing band that adds the right amount of familiar rock, country and blues to Joan’s unconventional rhythms and unexpected melodies. The strings are also handled well here, which is always a delicate balance to strike. But the real star is Joan, from beginning to end. Her voice shimmers like a candle flame in the softer settings, a sense of humor emerges (“Water with the Wine,” “Tall in the Saddle”) and throughout Joan upends the traditional idea of the female songwriter with her unorthodox guitar playing (e.g., “Like Fire”) and musical muscle flexing (“Join the Boys,” “People”). Armatrading herself must have liked the results (I’m sure her label did), as Johns produced her next three albums as well (although, to be honest, only Show Some Emotion returned to the same plateau).

If I were compiling a list of the greatest albums from the 70s (and I’m not), Joan Armatrading would make my Top 100 along with Court And Spark and Tea For The Tillerman. Joan has made albums that rock harder (Me Myself I) and include more high points (Walk Under Ladders), but I don’t believe she’s made a more powerful record. Here, subtle inflections and well-turned words are arrows, and Armatrading is a skilled archer who can find the human heart, even in the darkness.