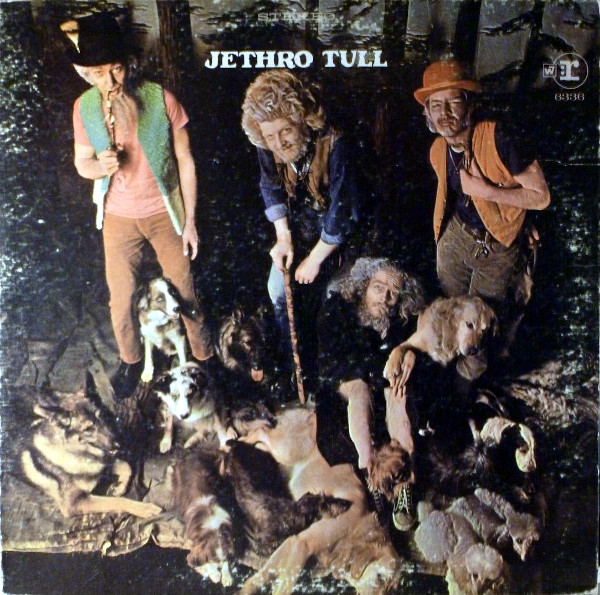 What do you get when you cross Cream with a one-legged flautist? This (was).

Welcome to what has historically been my least-favorite album by my favorite band, Jethro Tull. The prophetically titled This Was is an altogether different album than those that followed. Here, the band is entrenched in the British blues-rock of the time, fitting stylistically between Cream (particularly in the drumming by Clive Bunker) and Traffic (in the flute playing of Ian Anderson)—not exactly a rock and a hard place, given the success of those two bands at the time.

Anyone looking for the signature sound of the future Jethro Tull, which I assume would be most people, will find glimpses of it on Beggar’s Farm and My Sunday Feeling. The rest of the record spends its time airing out textbook blues originals (Some Day the Sun Won’t Shine for You, It’s Breaking Me Up), covers (Cat’s Squirrel, Serenade to a Cuckoo) and instrumental workouts (Dharma for One). Already, the band sounds remarkably confident, and you can literally hear Anderson’s sharp wit being honed in the process. But the fact remains that This Was is very much a band effort, and what followed was Anderson in a spotlight.

At the time of its release, Mick Abrahams was still in play as the band’s possible frontman. He cowrote much of the material, takes lead vocals on the likeable and vaguely Kinksian Move on Alone and even dares to follow in the fretsteps of Eric Clapton on “Cat’s Squirrel.” But there was Ian with his long hair and longer overcoat, one-legged flauting and wise-beyond-its-years sardonic wit, and Abrahams must have known his days in the spotlight were numbered.

I rarely listen to This Was these days. When I do, I’m usually struck by Clive Bunker’s superlative drumming. In Bunker’s world, everything gets struck: drums, rims, horns, passersby. He’d make my shortlist of underrated drummers, a list that would include Procol Harum’s B.J. Wilson and Deep Purple’s Ian Paice. Abrahams is a more-than-serviceable lead guitarist, Glenn Cornick a solid bass player, but Clive and Ian were something special.

Over the years, This Was has received remasters, collectors’ editions and, in a frankly unwarranted show of affection, a 50th anniversary edition featuring the original mono and stereo mixes, Steve Wilson remixes, unreleased recordings and sundry singles, which they might just as well have called This Was More Than You Ever Wanted to Know About Jethro Tull’s First Album.