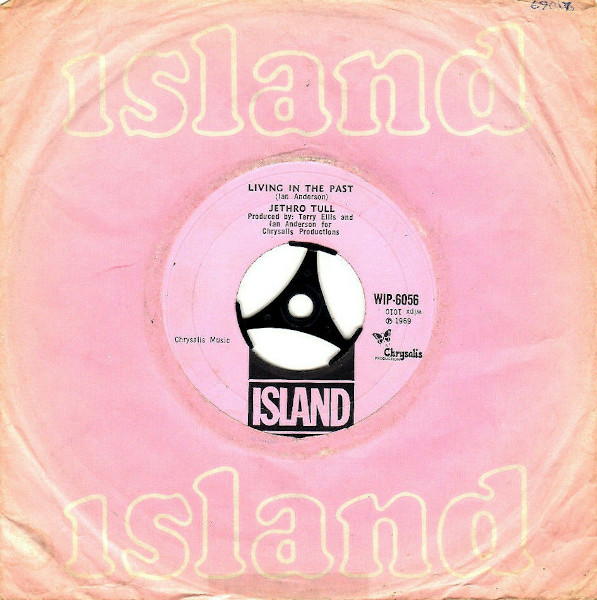 Tull’s timeless song about choosing the past over the present gave them their first big hit.

Kronomyth 1.8: Nostalgia isn’t what it used to be.

This is Jethro Tull’s first hit single and perhaps the song most likely to be laid on the turntable when Ian Anderson passes from this green pasture into the next. Me, I’ll play “From a Deadbeat to an Old Greaser” or perhaps “Requiem” (being a bit too literal for my own good), but I’m a saturnine creature by nature. Living in the Past features orchestration (ably provided by Lou Toby) and an interesting time signature. It’s also a sign of the wonderful, Traffic-inspired progressive folk music to come. And its anti-social message is just icing on the cake for someone like me.

When first released in the waning days of Spring 1969, the song was paired with the nonalbum Driving Song, an electric blues number that found its inspiration rather in Cream. On it, Anderson complains of being driven too hard while Martin Barre relates his displeasure on the electric guitar. It’s not one of Tull’s better tracks, although the band’s electric blues beginnings always seemed like a false start to me.

When the greatest hits album, M.U. The Best of Jethro Tull, was released, “Living in the Past” was again cleverly pressed into service as the single, this time with Requiem from Minstrel in the Gallery on the flip side. In the 1980s, Old Gold combined “Living in the Past” with The Witches Promise as a retro twofer.