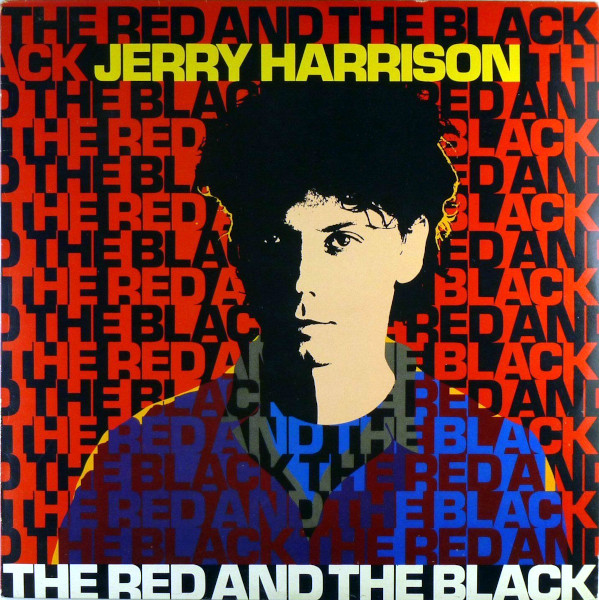 Another impressive solo album from the now detachable Heads proves they all had something to say.

George Starostin, in his superb Only Solitaire site, calls this “Remain in Lite.” Wish I’d thought of that. Jerry Harrison’s solo debut, The Red and The Black, continues the polyrhythmic experiment of “I Zimbra” and Remain in Light, featuring many of the supporting players from Talking Heads’ 1981 tour: Bernie Worrell, Nona Hendryx, Adrian Belew, Steve Scales. Many of the same names also turned up on that year’s solo albums from Tom Tom Club and David Byrne, and it’s not unfair to suggest that Remain in Light, The Red and The Black, Tom Tom Club, My Life in the Bush of Ghosts and The Catherine Wheel are all swatches of a broader tapestry.

This album gets off to a fast start with Things Fall Apart. Here, the operative reference point here is as much Arto Lindsay as David Byrne. Lyrically, Harrison is more relatable than Byrne, while vocally he gets around his limitations with a kind of threatening whisper. The songs that follow do a good job of re-creating the exotic textures of the last Heads album, minus the modern primitivism that Brian Eno brought to the equation. By mid-album, however, the pattern becomes a bit repetitive. Worlds in Collision comes across as a pale imitation of “The Jezebel Spirit,” No More Reruns finds its inspiration in that most banal of entities, the television.

The Red and The Black, Tom Tom Club and The Catherine Wheel are each slightly different vantage points of the same revolutionary musical worldview. Byrne went in more of a herky-jerky minimalist direction with his dance score, Tom Tom Club had fun with the whole thing and Harrison used the polyrhythms as a platform to comment on society while delving into the instrumental side of things with more depth than his bandmates. “Things Fall Apart” and The New Adventure, for example, conjure the exotic feel of Remain in Light more than anything on wheel and club.

Had the Heads stuck together, they might have made an album even better than RiL. Certainly, the parts from their three solo albums would equal an impressive whole. Instead, Heads fans are more or less on the hook to pick up Tom Tom Club, The Red and The Black and The Catherine Wheel, probably in that order. And, among Harrison’s solo albums, this is clearly the one to own.