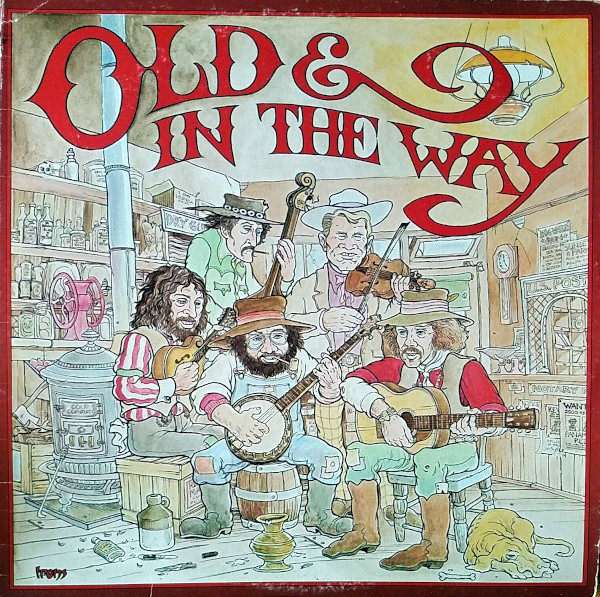 A once-in-a-bluegrass-moon alignment of players that represents one of the more interesting side trips of the Dead’s Jerry Garcia.

Bill Monroe’s Bluegrass Boys had come down from the mountains to play for the freaks in San Francisco. The banjo player was a rock and roll star. The engineer was a recently paroled LSD millionaire. That the group only lasted nine months wasn’t a surprise. That they came together at all was a miracle.

Old & In The Way is the recording of the miracle. The record created an audience for a band that no longer existed, which somehow makes perfect sense in the strange world of the Dead. As a bluegrass supergroup (not my phrase, since I’m pretty sure those two words don’t belong together), the band united two generations of Bluegrass Boys (Peter Rowan and Vassar Clements), Jerry Garcia and his partner in musical crime, John Kahn, and David Grisman, who had played with Rowan in several recent groups including, most recently, Muleskinner.

Despite its reputation as country’s country cousin, bluegrass is not an acquired taste. It is a universal good. Something about the blending of mandolin, fiddle, bass and banjo resonates with the human heartstrings. Sad songs seem sadder, happy songs seem happier, and the moments of musical abandon in between produce pure joy.

Now that I’ve piqued your interest, I feel compelled to tell you that Jerry Garcia is not the draw. Rowan and Clements are the ringers, Grisman is the glue. That’s not to suggest that any egos were involved; it would be antithetical to the collaborative spirit of bluegrass. But if you came here to hear Jerry sing, you might come away disappointed. Or, more than likely, you’ll be glad you went out of your way to follow Jerry on another interesting trip.