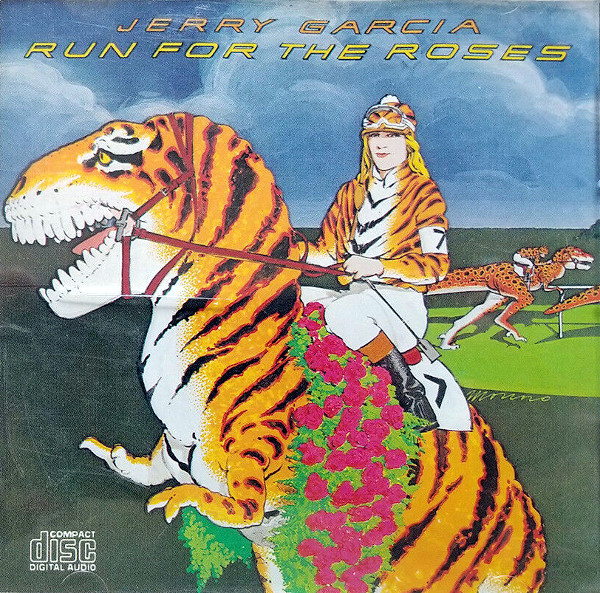 A fair match for the Dead’s output from this period, featuring half originals and half covers.

I awoke to an unredeemable day (way back in 2005) and found that my review of Run For The Roses had been replaced by a better one on the All Music Guide. A writer suffers many indignities over the course of a career, so better to wish my first draft well in the land of shadows and re-cast this record without regret.

Before proceeding further, I should mention that I actually like the Grateful Dead’s music from the late ‘70s (and as long as I’m opening up here, I also like Ringo Starr’s voice some of the time). I re-visit Terrapin Station often and have strolled down Shakedown Street without ill effect. All that to put into context the fact that I like Run For The Roses. Granted, I’ve listened to this album about a hundred times, drawn in by the promise of relaxed, tuneful music that resurrects the spirit of the Dead’s music at a time when the band was dormant. Tempering expectations that Jerry Garcia on his own would represent a diminished product compared to the work of the Dead, you may find yourself pleasantly surprised by the quality of his solo catalog.

Although dispensing with the “band” nomenclature, this is essentially JGBv1.1, with Melvin Seals and Jimmy Warren replacing the Godchauxes and Merl Saunders (who still appears as a guest on one track). Where the last JGB album featured all-original material, Run For The Roses is heavy on the covers: The Beatles’ “I Saw Her Standing There” (radically re-imagined as a hiccupy honky-tonk song), Clyde McPhatter’s “Without Love” and a reggae version of “Knockin’ On Heaven’s Door” that would seem to cover Bob Dylan by way of Eric Clapton. Of the originals, the title track is the kind of subdued celebration of sound that Jerry brought to the band during the late ‘70s, while the soured romance of “Valerie” is a personal favorite of mine (best line: “I shot my dog, ‘cause he growled at you”).

Of course, my affection for the album is probably borne from familiarity. I wouldn’t make this album your first foray into Garcia’s solo catalog, but when you run out of Dead you could do a lot worse than Run For The Roses.

Album art by psychedelic poster/comic artist Victor Moscoso, who also did the artwork for the Compliments… cover.