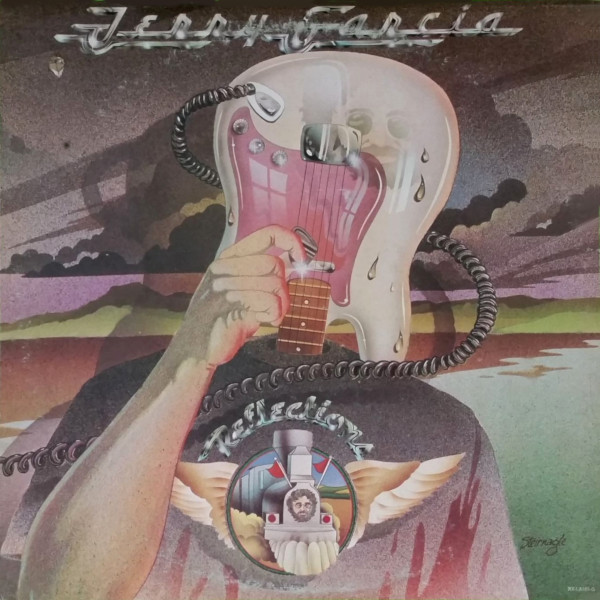 This is Jerry with the Dead as his backing band, but allah that glitters is not gold.

In my temporal distraction, I’ve taken to playing Kingdoms of Amalur: Reckoning lately. It’s a good RPG composed of endless multi-part quests. You talk to a gnome to find a key that unlocks a chest that contains a crystal that opens a gate to—well, you get the point. It’s ironic that I would use something like this as an escape from reality, since my reality these days is little more than a series of mundane quests. I visit an appliance store, pick out a stove, battle with the installation department to have it delivered, fend off early and unscheduled delivery of said stove, pursue the installation department again over mountains of red tape, ad nauseum. In the end, I’ll complete the quest, the beneficiary of more experience points, and move on to the next quest.

All of which would seem to have little to do with Jerry Garcia’s fifth solo album, except that we’ve been down this road before, and I find myself musing whether I pursue his solo works as a Dead distraction or a redaction. I’ve always looked forward to the Garcia/Hunter compositions for their minor-key melodies, pearls of wisdom and Garcia’s kind and craggy voice. And so, for me anyway, a Garcia solo album promises a distillation of what’s best about the Dead. Only distilleries aren’t an exact science, and I often feel as though Garcia should filter his product a little better. When Garcia sings “I’ll take a melody and see what I can do about it / I’ll take a simple C to G and feel brand new about it” (from Allen Toussaint’s “I’ll Take A Melody”), you wonder whether the head Dead might be revealing his hand on Reflections.

Garcia and Hunter could probably write these songs in their sleep, yet they’re still the stuff of dreams. I could listen to “Mission In The Rain” for hours, invariably perk up when I hear “Might As Well” or “They Love Each Other,” grow quiet when I hear “Comes A Time” and feel a lump in my throat at every blooming of “It Must Have Been The Roses.” The Dead albums around it (Blues For Allah, Terrapin Station) are better, but the whole gang is here, making Reflections something of a hybrid Garcia/Grateful Dead record. It’s not as essential a purchase as The Wheel, not as fun as Compliments, but a better bet to please Deadheads than the Jerry Garcia Band albums that followed (which otherwise take a similar approach in their mix of covers and originals).