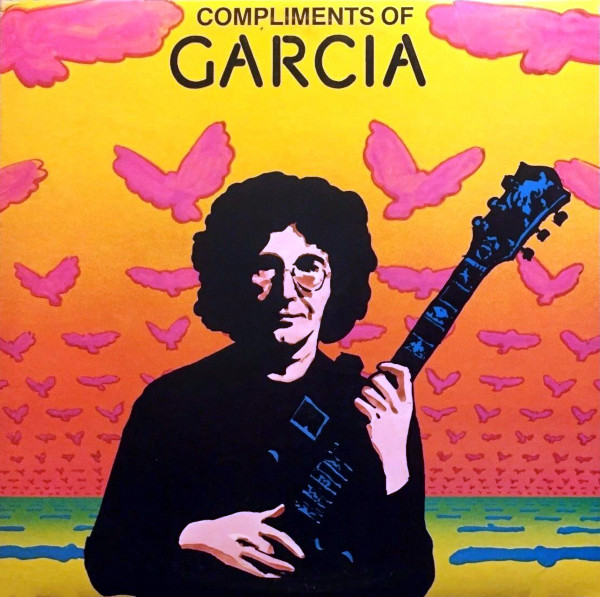 Pin Ups or These Foolish Things it isn’t, but Garcia’s second album puts a delightfully distinctive spin on cover tunes.

Jerry Garcia was no stranger to cover songs, and yet his first studio album as a cover artist turned out to be surprisingly, wonderfully strange. Produced and arranged by John Kahn, Garcia’s second eponymous solo album—often referred to as Compliments because of a sticker that appeared on the original elpee which read “Compliments of Garcia”—featured the Dead vocalist/guitarist in a number of unexpected settings, from Van Morrison (“He Ain’t Give You None”) to the Marvelettes (“When The Hunter Gets Captured By The Game”). The arrangements are likewise unusual: boozy horns that recall The Kinks (“What Goes Around”), orchestral settings (“Mississippi Moon”) and a version of The Rolling Stones’ “Let’s Spend The Night Together” that’ll charm your socks off.

Jerry Garcia has always been a fan of other people’s music, but his interpretations tend to stay faithful to the originals. Here, Garcia (under the able direction of Kahn) interprets the material in his own unique idiom. The result has more in common with the musical revisionism of Bryan Ferry and David Bowie than Keystone, as it makes you hear the music in new ways. Garcia has never made another album quite like it.

Together with his first eponymous album, an acknowledged classic, Compliments forms a complementary pair of bookends. The first was all about the Dead; this album is Garcia the Undead, transporting his voice and guitar into new and unfamiliar settings. In 2004, Rhino re-released this album with ten previously unreleased (and completely predictable) R&B covers that add not one iota to the record’s charm. In 2015, the original Compliments was re-issued in a limited-edition version to commemorate Record Store Day, proving yet again that record stores know more about good music than record labels.