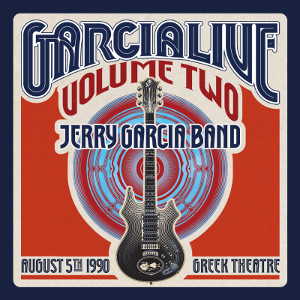 [Kronomyth x.x]
It’s Just a Fleck of the Rest…

By way of warning (once again), we are now in the weedy fringes of the Dead. If you are considering purchasing this disc, you probably have too much money, too much time and too much optimism regarding the number of times you’ll actually want to hear Jerry Garcia mumble his way through an nth retelling of “Deal.” Fortunately, if you are an Amazon Prime member, you can stream this for free and rest comfortable in the knowledge that your fiscal responsibility and honesty will net the estate of Jerry Garcia nearly twelve cents. For your troubles, you’ll be treated to a surprisingly good live concert of the Jerry Garcia Band featuring an interesting setlist and a brief appearance by Béla Fleck at the beginning of the second set. The concert starts out on familiar ground (“How Sweet It Is,” “Run For The Roses,” “That’s What Love Will Make You Do”) but introduces some unexpected twists in the middle: “My Brothers And Sisters” and “Tears of Rage” (from The Basement Tapes). The second set opens with Old And In The Way’s “Midnight Moonlight” (which originally featured Garcia in the banjo seat) and “The Harder They Come,” Fleck joining in on the festivities with some presumably improvised picking. The pairing is intriguing in a “gee, so that’s what reggae music would sound like with a banjo” sort of way, but as carrots go it’s kind of a carrot. The real highlights happen after, with a version of Van Morrison’s “And It Stoned Me” where Garcia totally nails the timing (as opposed to “Tangled Up In Blue”) and Bruce Cockburn’s “Waiting For A Miracle.” While archival interest in this concert is likely fueled by the participation of Béla Fleck, it’s the rock-solid performance of the Jerry Garcia Band (here in their longest-running lineup) that makes this one a keeper. They’re a backing band in the truest sense, as they have Garcia’s back throughout, giving him just the right amount of support without overshadowing him. Also, this seems as good a place as any to plug deaddisc.com, which has proven an invaluable resource in tracking down the Dead’s ever-expanding repertoire over the years.