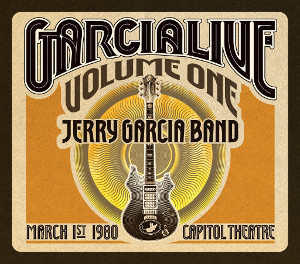 Deadheads hear their heroes through rose-colored headphones. There’s no other explanation for the complete absence of criticism that attends these archival recordings. In no alternate universe are nineteen-eighty and New Jersey synonymous with the best of Jerry Garcia. And yet Garcia’s legions champion this recording of a two-show performance at Capitol Theatre as a classic. I’ll concede that the performance has some historical significance as a well-recorded document of the Jerry Garcia Band’s short-lived 1979/80 lineup and for the rare cameo from Robert Hunter. But there’s no getting around the band’s largely lackluster performance. Ozzie Ahlers is probably a decent keyboard player, but even J.S. Bach would sound like a hack on a c.1979 Oberheim synthesizer. Johnny de Fonseca makes Ron Tutt sound like Neil Peart for most of the night. John Kahn’s solid accompaniment is undone by two cringeworthy solos. And so it’s up to Jerry to carry the whole thing off, which he does a good half of the time with his bottomless bag of guitar solos and a voice that manages to hold up over two-plus hours of music. Look, some of the performances are quite good: “That’s All Right,” “Sugaree,” “Deal.” The two Robert Hunter tracks at the end of the second show are also worth a listen, especially the elusive “Promontory Rider.” And you can’t go wrong with some of this material, like “Simple Twist of Fate” and “Dear Prudence.” All that said, there must be at least 100 Dead and Dead-related discs that you should listen to before this. If you want to make this number 101, no harm done I suppose.