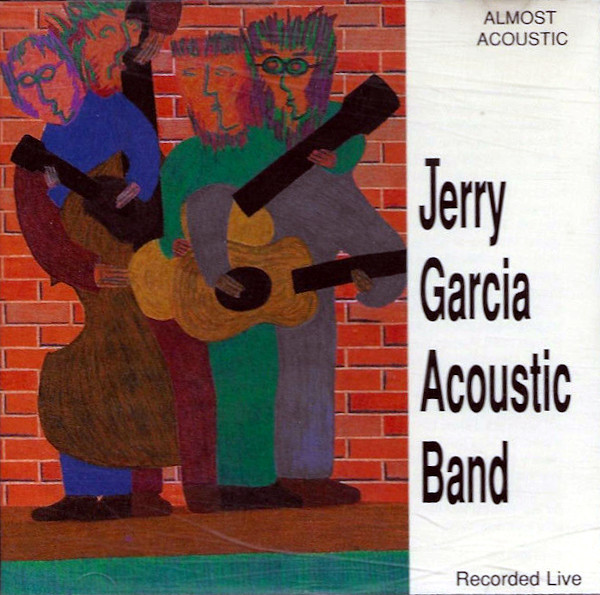 Jerry and friends dig into bluegrass in an old and familiar way.

I am ambivalent about live records. On the one hand, I feel like artists have already been paid to perform them, and a physical document of the shows is just a money-grab. On the other hand, I’d quickly run out of fingers counting the number of live records I enjoy regularly. Almost Acoustic would fall into the latter camp. The Jerry Garcia Acoustic Band is a bluegrass lineup that shakes out more or less the same as Old And In The Way but with different players (John Kahn is the lone holdover). Garcia, David Nelson (NRPS) and Sandy Rothman split the vocals, Kenny Kosek provides the sweet fiddle and Dave Kemper puts brush to drum. The performance is uniformly excellent; Jerry’s voice is strong, the string interplay is a source of joy and the songbook is enriched by “Oh, The Wind and Rain,” “Spike Driver’s Blues” and “Here To Get My Baby Out of Jail.”

The Dead have covered some of this terrain already (God bless the gentle souls who trouble themselves to document the Dead’s doings), including “Deep Elem Blues,” “Casey Jones” (the Mississippi John Hurt song, not the Workingman’s Dead version) and, of course, “Ripple.” In my youth, I admit to being ambivalent about the Dead in general. The idea that people would subsist entirely on a diet of the Dead seemed narrow-minded. As you listen to their music, though, you realize it is almost a self-contained world of its own. You want rock and roll? The Dead do that. Jazz? Country? The Dead do that too. From blues to bluegrass, it all intersects with the Dead at some point.

Almost Acoustic serves up as much bluegrass as you can consume in one sitting, and it’s all delicious (the second act apparently delved into electric fare). There are dozens of live Dead and Dead-related discs to choose from, and this is one of the best I’ve heard.