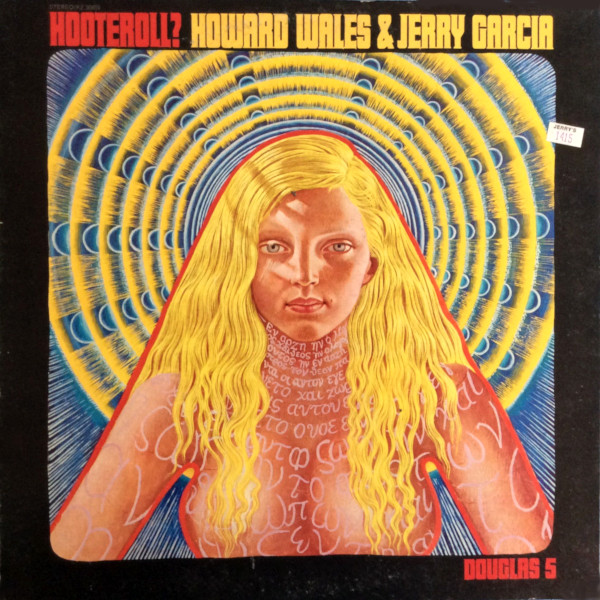 [Kronomyth 0.5]
Careful with That Axe, Clifford.

If Jerry Garcia had joined Pink Floyd, I imagine it would have sounded something like this. Hooteroll? owes its existence to the late 60s jam sessions led by Howard Wales and featuring Garcia, Bill Vitt and John Kahn. It’s really a Howard Wales record in disguise; Jerry is the draw, but Wales is the main musical architect. Like Tom Constanten before him, Wales appears to have been a very experimental cat. Many of these songs sound like they could have come from Floyd’s first two albums: “Morning In Marin,” “Da Birg Song,” “One A.M. Approach.” A couple of them favor the mellower side of Jefferson Airplane (“Evening In Marin,” “Up From The Desert”), and a few are relatively conventional R&B numbers that suggest later collaborations with Merl Saunders (“South Side Strut,” “DC-502,” “Uncle Martin’s”). All in all, Hooteroll? is one of the strangest Jerry Garcia side projects you’ll hear. If the Dead’s sonic spelunkering appeals to you, this album might just blow your mind. Wales is an amazing organist, Kahn really gets into it, sax/flute players Martin Fierro spices things up and Garcia is just the cherry on top of this sonic sundae. The idea that much of this music was probably improvised on the spot makes it even more amazing. For some reason, the original elpee lineup was reshuffled and renovated for the Rykodisc reissue, with “A Trip To What Next” replaced by “Morning In Marin” and “Evening In Marin.” Subsequent reissues reconciled all of the tracks on a single disc. In whichever form you find it, Hooteroll? is an absolute hoot, especially if you come with open ears and an open mind.

All songs written by Howard Wales unless noted.