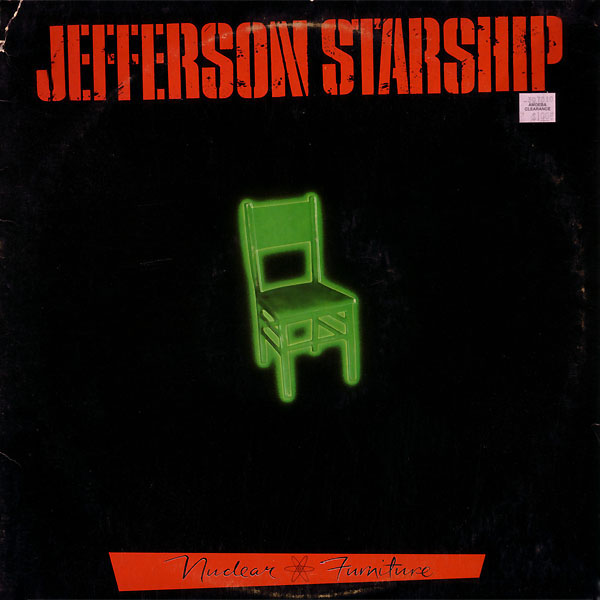 This is the last ride of the Jefferson Starship, which was no longer a band but a banner under which separate and sometimes warring factions rode: Pete and Jeanette Sears, Craig Chaquico and Mickey Thomas, Paul Kantner (now teamed with The Weavers’ Ronnie Gilbert), Grace Slick… even ex-Zappa sideman Peter Wolf gets invited along for the ride. Stylistically, the album doesn’t make a whole lot of sense. It’s a mix of modern Top 40 music, arena rock, socially conscious songs about religious conflict and nuclear war, and the continuing story of Lightning Rose (last encountered at Point Zero). Like I’ve said, I never had much skin in the Starship saga, so the sinking of one more commercial juggernaut means nothing to me. Despite my apathy, the album continued the band’s unbroken chain of gold and platinum albums and managed to generate another Top 40 hit with Peter and Ina Wolf’s “No Way Out.” I have no idea who buys these albums and singles, but we should be tracking their migration and mating patterns with microchips. Any album that thanks “everyone at MTV” without a trace of sarcasm is not to be trusted. Make no mistake: Jefferson Starship was a commercial venture from the very beginning. Yet Kantner and Slick always had a touch of space madness to them that kept the music interesting. You’ll find a little of that madness on “Connection,” “Rose Goes To Yale,” “Champion” and “Showdown,” but not enough to justify sitting through so much product. And, as long as I’m picking on the album, this has to be one of the worst covers I’ve seen since Kansas’ Vinyl Confessions (and that’s being chairable).