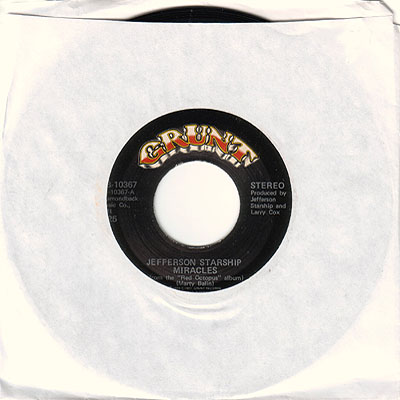 Shortly after leaving the red planet, we ran into this lovely little nebula. Half the size of its original namesake, “Miracles” is still a mesmerizing encounter: sounds sparkle from the speaker and the whole thing is one, small waking dream for mankind. There isn’t much to say about the B side except that the red witch demanded some sort of sacrifice for giving Balin the spotlight. She gets her say with “Ai Garimasu,” which would translate as “There is love” (Ai ga arimasu) in Japanese.

7-inch Back-to-Back Hits Reissue
A1. Miracles
B1. With Your Love