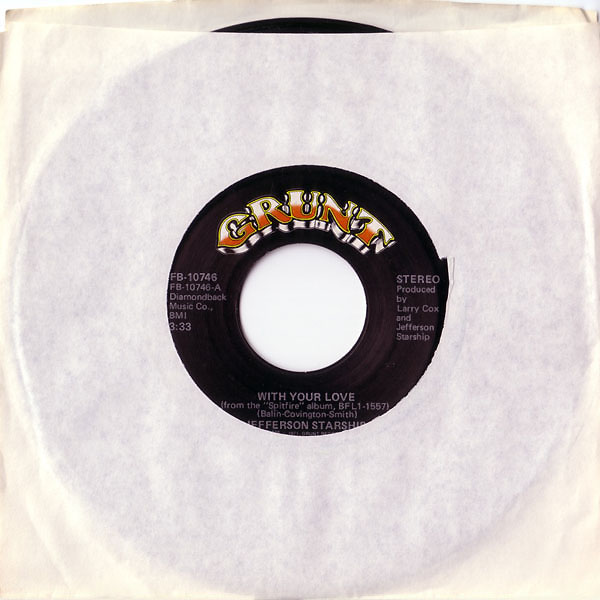 The big ballad from Spitfire is credited to Marty Balin, Balin’s Bodacious D.F. bandmate Vic Smith and original Airplane drummer Joey Covington. Charlie Hickox, another BDF alum, provided Spitfire’s opening track, “Cruisin.’” Balin’s relationship with Starship was always that of a guest, and I had the impression he was renting space in the band rather than buying into the idea of a Jefferson Airplane Part Two. Of course, ballads like this paid the rent and then some, so I don’t think anyone was complaining. The B side is Grace Slick’s “Switchblade” from Spitfire, which is typical of her intense but unmemorable tracks.