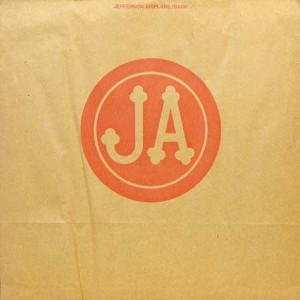 Bark is the beautiful unraveling of Jefferson Airplane. Founding member Marty Balin had bailed, following the departed Spencer Dryden (who actually left during Volunteers), and the remaining members (which now included violinist Papa John Creach from Joey Covington’s previous band) embarked on their strangest journey to date. The Airplane had essentially splintered into three different parts: Jorma Kaukonen’s inner battle between Jimi Hendrix and gentleman farmer, Grace Slick’s trained monsters and Paul Kantner’s groupthink apocalypse. On a paper-bag poster, it might have looked messy. On vinyl, it was exciting as hell. In my opinion, this is the first Jefferson Airplane album that could be filed under progressive rock, as the psychedelic label has now completely worn off. You’ll hear the influence of Frank Zappa (“Wild Turkey” is their approximation of Hot Rats), Santana (compare “Pretty As You Feel” to “Oye Como Va”) and even The Beach Boys (on both Kantner’s “Rock And Roll Island” and Covington’s “Thunk”). And then there are Grace Slick’s songs, which defy description. “Crazy Miranda” is in line with earlier songs about foolish girls, but “Law Man” is like a shotgun blast of rock & roll in the face and her “European Song” is Marlene Dietrich genius mit more than a touch of madness. That the band couldn’t sustain this level of intensity is made plain in Kaukonen’s “Third Week In Chelsea,” which explains his change of heart in a song that might have stepped off a Lou Reed record. Kantner tries to rally the troops one more time for “War Movie,” but it’s clear that the Airplane’s journey is coming to an end. Yet Bark also makes clear that the band members still have plenty to say. I find myself wishing they’d extended this into a double album so I could hear more from Slick, Kaukonen, Kanter and even Covington, with Jack Casady and his unbreakable bass holding it all together.

The Plastic
Released on elpee, cassette, 8-track and quadrophonic 8-track in September 1971 in the US, the UK and Germany (Grunt, FTR/PKFT/P8FT/PQFT 1001) and Japan (Grunt, SRA-5529) with lyrics poster and cover bag; reached #11 on the US charts and #42 on the UK charts. Also released on mono elpee in Argentina (RCA Victor, AVL-4057). Both the 8-track and quadrophonic 8-track versions feature unique track order.