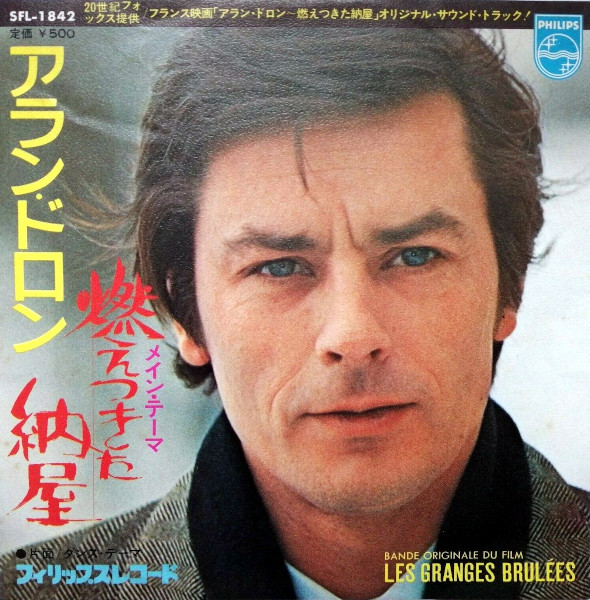 A haunting theme from an aspiring film composer who would soon cross over into electronic epics.

The second album of music to bear the name of Jean-Michel Jarre was the soundtrack to the film, Les Granges Brulées (The Burned Bridge). Jarre conceived a haunting theme for the film, which reappeared throughout the film in various pieces. La Chanson des Granges Brulées is the principal treatment of the theme, appearing at the end of the film as Alain Delon walks away in the snow. Although the music is surprisingly modern-sounding given the film’s subdued setting, it was a bold move by the director (Jean Chapot) to choose an electronic score.

The B side, Zig-Zag, is also from the film. It sounds like a carousel gone haywire or, five years in the future, an Atari game soundtrack. Yellow Magic Orchestra more or less arrived at the same place in 1978. I realize that I’m on record as saying that Yellow Magic Orchestra points forward to Concerts en Chine. I’m not sure it can do that while also pointing back to this album. Clearly, whatever point I was trying to make turned out to be pointless.