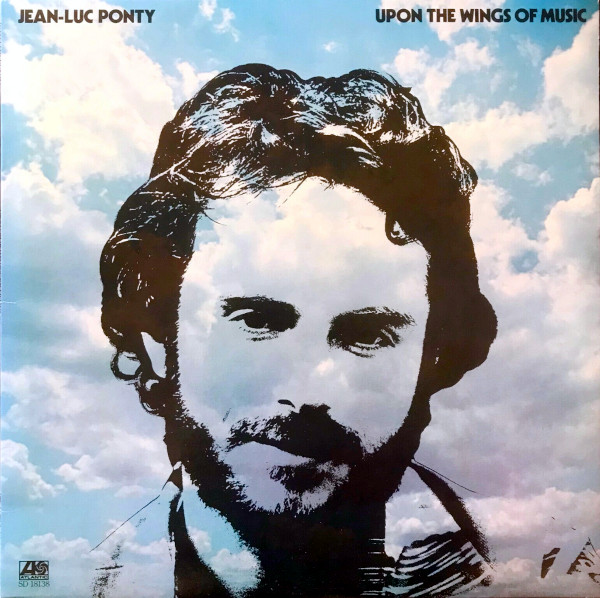 Ponty left Mahavishnu for a view of his own, releasing the first of many excellent jazz fusion albums.

Jean-Luc Ponty, of late last seen in the employ of Messrs. Zappa and McLaughlin, signed as a solo artist with Atlantic and began releasing his own brand of fusion. Upon The Wings of Music features, in essence, a slightly inverted Mahavishnu lineup: bassist Ralphe Armstrong, drums, keyboards and guitar, with the violin in the role previously held by the guitar. The novelty of hearing the violin in the lead role is augmented by the fact that Ponty runs his (often) electric violin through various effects as a lead guitarist might do. Combined with the fact that Ponty’s arrangements rarely accord much of a role to the electric guitar, the guitar fusion equation inversion is complete.

Of course, Upon The Wings of Music isn’t simply a matter of modifying Mahavishnu and Zappa for the violin. There is some of that, yes, but Ponty has a more human vision of fusion: positive, innocent, maybe even a little naïve (in the nicest way). For every fiery passage and tortuous time change there are dreamy, sentimental sections. And then there are the unexpected departures, like “Echoes of the Future,” which could have come from Tangerine Dream.

By shifting moods and changing the voice of the violin, Ponty keeps this album fresh and interesting. It’s not the technically stunning statement of Al DiMeola’s first album, but how many people were going to drool over a violin solo anyway? What Ponty does here is establish his instrument as a unique (and sustainable) voice in a fusion field where most folks went down either the guitar or horn path. King Kong may have caught everyone’s attention, but it was here that Ponty’s solo career took flight in earnest.

All selections composed and arranged by Jean-Luc Ponty.