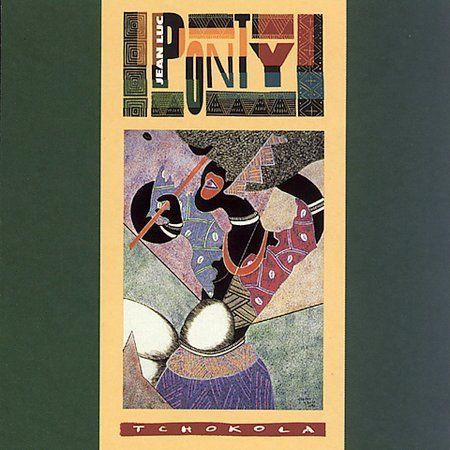 The premise is great: Jean-Luc Ponty’s electric violin transported to Africa, although in reality it was Africa that came to him in the form of African émigrés living in Paris. Despite a world of promise, Ponty in a world music setting doesn’t transport him so much as transplant him. And therein lies the trouble for some listeners: the revelation of Tchokola isn’t how much different Ponty sounds in a new setting, but how much he sounds the same. The playing, the patterns, the pontyness, you’ve heard all this before. In the fusion of electric violin and African music, the two flavors co-exist and often complement one another, but a new third flavor never emerges. So if you were expecting a reinvention or even a revival, Tchokola isn’t it. What you’re left with is an album of excellent, vibrant African music featuring the foremost jazz violinist in the world. I think it’s the most engaging thing he’s done in years, at least since Fables. Ponty had developed what seemed to be a fairly rigid system for composition over the years, bringing on new (typically, younger) musicians and writing everything himself. Tchokola, by contrast, is a true collaborative effort, with much of the material written by Brice Wassy (percussion), Yves NDjock (guitar) and Guy NSangué (bass). Musically, the band is at least on a par with earlier permutations of the Ponty band; the man attracts talent like a black shirt attracts cat hair. The songs sample different contemporary styles across Africa, which the liner notes explain in case you feel like sticking a label on everything. This broad stylistic approach means that no two songs sound exactly the same; some have vocals, some are joyous, some are mysterious. Highlights to my mind include “Bottle Bop,” “Cono,” “Mouna Bowa” and “Tchokola.” After more than twenty albums, it’s unreasonable to expect that Ponty would discover new notes or sounds on his violin; I think we can collectively agree that the man has already pushed the instrument past its logical borders. Tchokola does the next best thing, taking his violin on a vacation from the mechnical humdrum of Storytelling and The Gift of Time.