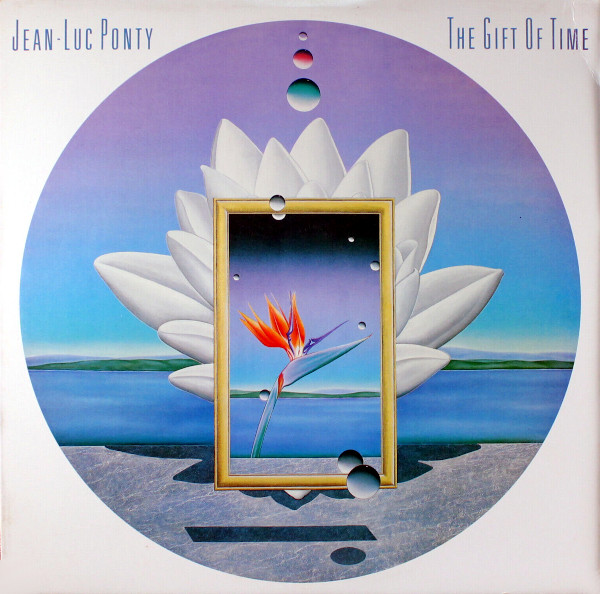 You’d be forgiven for thinking this a gift twice given. Despite the label change, Jean-Luc Ponty continued on his smooth course, plying the same gentle waves of progressive muzak (I won’t call it pro-zak if you don’t). Though giving this album the nod over an Individual Choice might seem idle musing, The Gift of Time is a fitting followup to Fables. The kaleidoscopic patterns of sound shift with purpose, the melodies are flush with emotion and optimism and the rhythm section is a palpable presence.

Personally, I found Fables more refreshing, but The Gift of Time is the better album of intricate computerfusion. Perhaps it was the two years between releases that allowed Ponty to hone these compositions. Whatever the reason, these songs feel like the product of much fine-tuning, humming along like the workings of a Swiss watch warmed by sunlight. Ponty is careful not to lose sight of the human element, an aspect sometimes obscured in his early romance with electronic music. “Faith In You,” for example, makes an emotional connection with the listener hardly synonymous with the Synclavier. The remainder of the record is rarely less than interesting, exploring mathematical options on “Metamorphosis” or ambient tones on “Introspective Perceptions.”

Honestly, most of Ponty’s music reminds me of Jean-Michel Jarre: electronic music with a human touch and an ear for pretty melodies. Maybe it’s the hyphen. Both provide the listener with a refuge from reality, though neither offers more than momentary escape. When the music ends, the spell is dispelled and mundane reality sets in again.