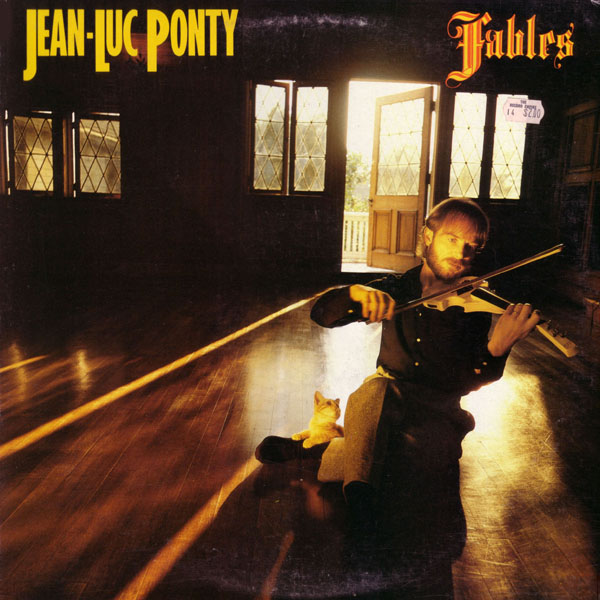 After a couple of underwhelming digital DIY albums in which it appeared Jean-Luc might morph into a cyborg, the refreshing Fables appeared. Ponty hired a pair of talented young unknowns, Scott Henderson and Baron Browne, and retained the services of drummer Rayford Griffin to assemble a full-blooded quartet. The new blood seemed to revive the aging master, who recorded some of his most vibrant and creative music in years. The songs still feature the by-now-familiar mix of digital sequencer patterns and Synclavier accompanied by stringed flights of fancy, so Fables isn’t a departure from his Atlantic opuses. Instead, it’s a stretch along that fantastic journey begun with (Once) Upon The Wings of Music where the sights and sounds re-engage the senses through fresh exotica. Whether on the Hackettsian nightmare of “Radioactive Legacy” or the invigorating “Infinite Pursuit” (the obvious offspring of an Open Mind, I wrote earlier), Ponty and company return to the middle world of prog and fusion from whence most of us first met the maestro. As I’ve pointed out earlier (and after), Ponty’s Atlantic albums are essentially slices of the same cake; some pieces have more icing, some are more substantial. Fables is a better mix of sweetness and substance than most, likely to please fusion fans as well as those who appreciate new age atmospherics. Note that the record runs on the short side, so it’s more conducive to a meditative nap than a long journey (i.e., more hare than tortoise).