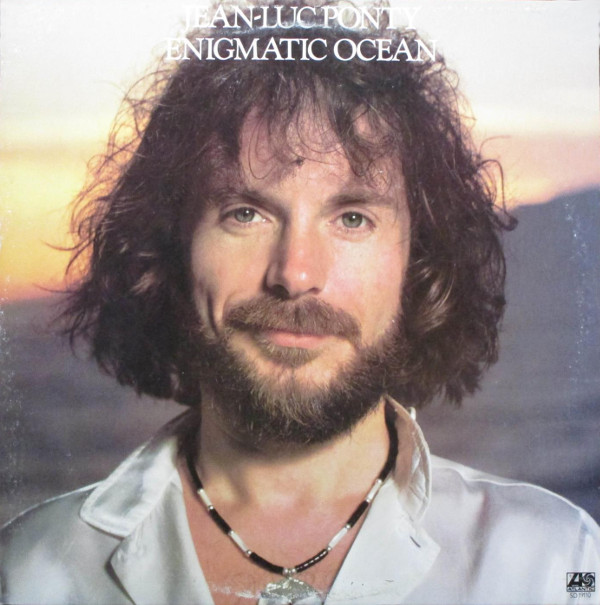 After stints with Zappa and Mahavishnu, Ponty began making his own prog/fusion albums, infusing his muse with a revolving stable of young studs (Patrice Rushen, Daryl Stuermer, Marc Craney, etc.). For Enigmatic Ocean, Ponty added a new rhythm section—Ralphe Armstrong on bass, Steve Smith on drums—and invited the brilliant Allan Holdsworth to join them as a sort of genius in residence. The result is pure magic and probably the best thing Ponty has ever done.

Mahavishnu alumni Armstrong is absolutely amazing; for a thrill, fast-forward to his solo on the last cut, “The Struggle of the Turtle to the Sea, Part III.” Steve Smith, like Craney before him a recent Berklee grad, has a light and lithe touch beyond his years (his introduction on “Nostalgic Lady” is the very essence of class). Holdsworth is, of course, stunning in any setting, but what surprised me is how well he and Stuermer work together. Ponty albums in the past have rarely accorded enough space for the guitar, yet the two-guitar arrangements work perfectly, perhaps because Holdsworth’s unique sound moves so gracefully between the voices of electric guitar, keyboards and violin.

Unlike his previous Atlantic records, Enigmatic Ocean is a consistent journey from beginning to end. There are no solo violin pieces, no space interludes, just full-on fusion with a brief Overture in the beginning to dip your toe into the Ocean. This may also be the most balanced of Ponty’s albums, since its greatness doesn’t depend on the novelty of the electric violin. It’s the quality of the music and musicianship that makes this a great album; the fact that it features the electric violin is almost irrelevant. If you’re looking to get lost in the music of Jean-Luc Ponty for forty minutes, you and Enigmatic Ocean should get along swimmingly.

All music composed, orchestrated and conducted by Jean-Luc Ponty.