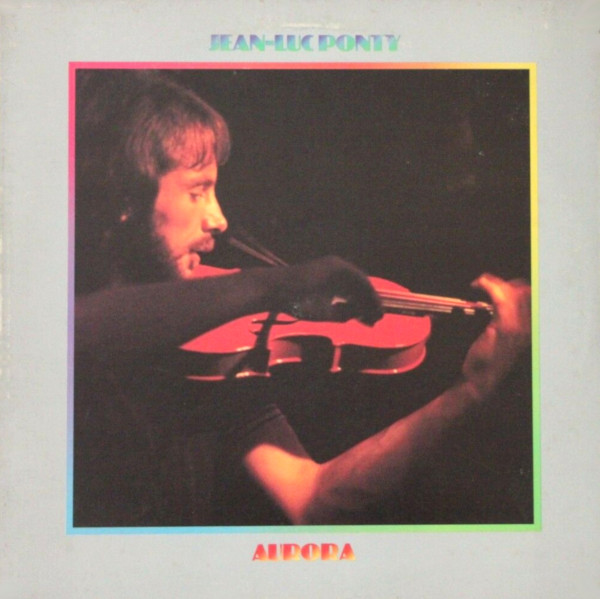 More smooth sailing in the sea of fusion with a re-tooled band that now included a couple of Duke/Zappa associates.

Kronomyth 8.0: Toward Aurora’s court a nymph doth dwell, rich in all beauties.

Aurora sets into motion Jean-Luc Ponty’s revolving-door hiring policy with a new set of players featuring guitarist Daryl Stuermer (who was “discovered” by George Duke), bassist Tom Fowler (ex-Zappa) and drummer Norman Fearrington. As one of two albums to feature the brilliant Patrice Rushen on keyboards, this is prime-time Ponty. The violinist wastes little time showing off his new band, roaring out of the gates with the muscular fusion workout, “Is Once Enough?” Ponty then cleverly changes the pace for the warm, Pat Metheny-styled “Renaissance,” featuring Stuermer on acoustic guitar. This leads up to the stunning, two-part “Aurora” and the intoxicating “Passenger of the Dark.”

Combining intricate arrangements with instantly gratifying melodies, “Aurora Part I” and “Passenger of the Dark” remain favorites of mine over a long career. “Lost Forest” unfolds beautifully like a Coltrane song, “Between You And Me” mixes midtempo funk with fusion, and Ponty closes the album with the intimate “Waking Dream.” All of Ponty’s Atlantic recordings are more or less variations on the same Mahavishnu-inspired theme, with some variations being better than others. Aurora stands as a shining example of what Ponty has to offer the listener: an impressive balance of musicianship and melody presented in several unique moods.

Stuermer and Fowler impress from the first note to the last, while Rushen seems to fade into the background this time and Fearrington has the unenviable task of replacing the irreplaceable Ndugu. Rushen’s reduced imprint on the album is something of a disappointment; maybe it’s the arrangements, maybe it’s the mix, but I couldn’t take my ears off of her on Upon The Wings of Music and I sometimes forget she’s there on Aurora. This record, Imaginary Voyage and Enigmatic Ocean are my favorites from the Atlantic years, and stand tall among Ponty’s fusion-fueled dreamscapes from the Seventies.

All selections composed and arranged by Jean-Luc Ponty.