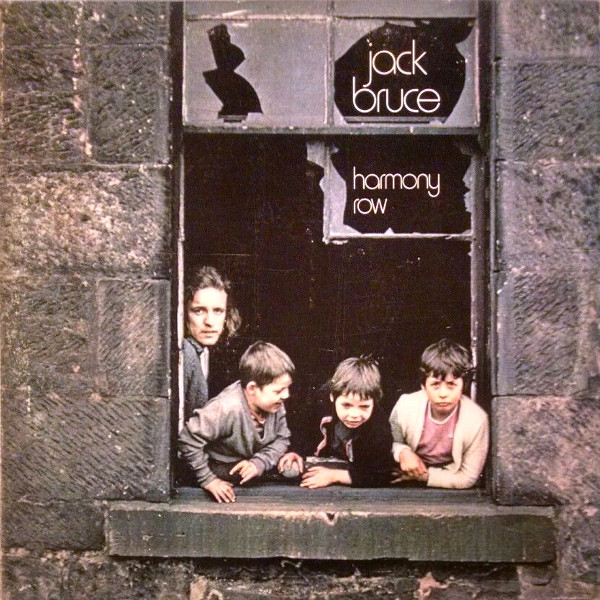 [Kronomyth 3.0]
Eleven Pieces of Sun for You.

Jack Bruce and Pete Brown stitched together a second standout collection of songs for Harmony Row. Like the earlier Songs for a Tailor, the album is full of surprises, from power-trio songs patterned after Cream to proggy acoustic pieces that align neatly with the work of Cat Stevens and Jethro Tull. The Brown-Bruce alliance produced some genuine moments of twisted beauty during Cream’s brief tenure, such as “As You Said” and “Doing That Scrapyard Thing.” Harmony Row connects those ideas with the burgeoning folk-prog movement and, in Bruce’s case, a handful of solo piano/vocal pieces that provide an intimate look at his peculiar musical genius. Bruce, while he drew breath on this blue outpost, named this among his favorite albums, an affection I share. “Victoria Sage,” “Escape to the Royal Wood (On Ice)” and “Folk Song” are genius sprinkled with madness, which is how I prefer to drink my liquid dreams. Harmony Row isn’t a perfect record because Bruce wasn’t interested in perfection. He plays his bass too loud, moves between ideas like a hummingbird because he can and, armed with the poetry of Pete Brown, revels in the role of the inscrutable bard. The effect clearly left some critics nonplussed, particularly those looking for some remnant of Bond/Cream blues-rock in Harmony Row’s foundation. Instead, Bruce intentionally untethered himself from that terra firma to chase butterflies. The effect can feel schizophrenic (e.g., “Post War”), but also liberating. As for the supporting help of Chris Spedding and John Marshall, they’re hardly to be sneezed at, but the focus remains on Bruce and his bass, voice and piano (and, of course, Brown’s poetry). This is a solo album, not Bruce leading a new power trio, despite the on-hand potential for one. As a window into a unique and misunderstood musical mind, Harmony Row is definitely worth looking into. In the 21st century, the original album was remastered and expanded to include a handful of alternate instrumental takes, few of which shed any new light on the material, although a playful version of “You Burned the Tables on Me” reveals a missed opportunity.

All songs written by Jack Bruce and Pete Brown unless noted.

The Pictures
Photography and album design by Roger Brown.