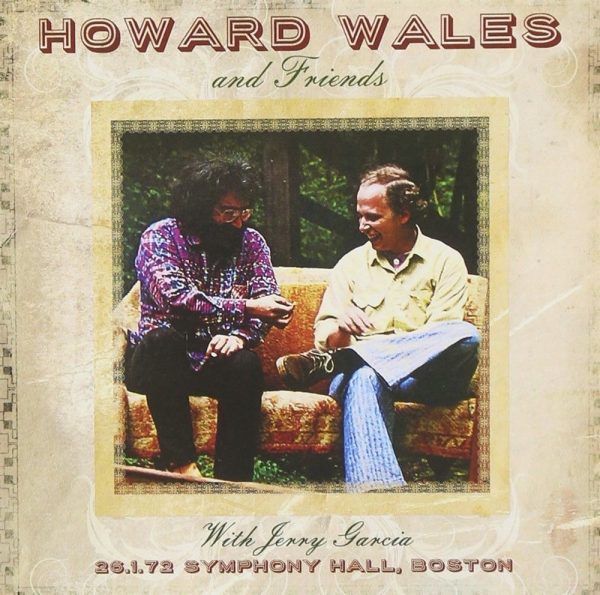 Boston in January is cold as a penguin’s pecker. Still, you brave Mass Avenue midwinter to reach Symphony Hall, where the scent of weed and unwashed hair and dirty jeans stained at the coming of Him descended from San Francisco’s fabled gates greets you like a familiar friend. You walk past the Berklee students, ascetic, imperious, murmuring of Mahavishnu, and wait for the magic to happen. Howard Wales, the high archmage of Hammond, and Jerry Garcia, on loan from Western Olympus, are here to heat up the East with a mix of Hooteroll? and acid soul. The bear on bass is a cat named Jellyroll, and the man can sing. He’s the surprise you weren’t expecting, a third wheel you want around because of the energy he brings. Jimmy Vincent (guitar) and Jerry Love (drums) are the hired guns who round out the five-piece posse. When the music begins, you’re reminded of why you dragged yourself out of your wood-panelled den to come here. You’re witnessing, not a pantomime of Hooteroll?, but the birth of a new creature composed of surreality and sound and the soulful sexuality of rhythm and blues. The band plays for thirty minutes before they take a break. Or was it only five minutes? Or was it a lifetime? It is the enigma of Jerry Garcia at work, ephemeral and eternal. Wales is the wild card in all of this, although Hooteroll? was the wilder adventure. Here, you can envision how this music would morph into the Merl Saunders alliance. Hooteroll? was too strange for the Dead, and the Dead were stranger than this. No, this show is more about wringing the magic from a moment and, at this moment, the band resembled more of an experimental R&B band that is half Hooteroll? and half Jellyroll. The immortal WBCN thought enough of the moment to broadcast the show live to its listeners. 30 years later, the broadcast was released on a compact disc. It even purports to be digitally remastered, and maybe it is, as if a digital master of an FM radio broadcast from 1972 would make any earthly difference. Time travel, it turns out, isn’t a myth; it’s an act of faith. And for the faithful, this is one hall of a good reason to spend 100 minutes with Howard, Jerry and Jellyroll. Whether you need to revisit it twice, well, it’s really a matter of your time.