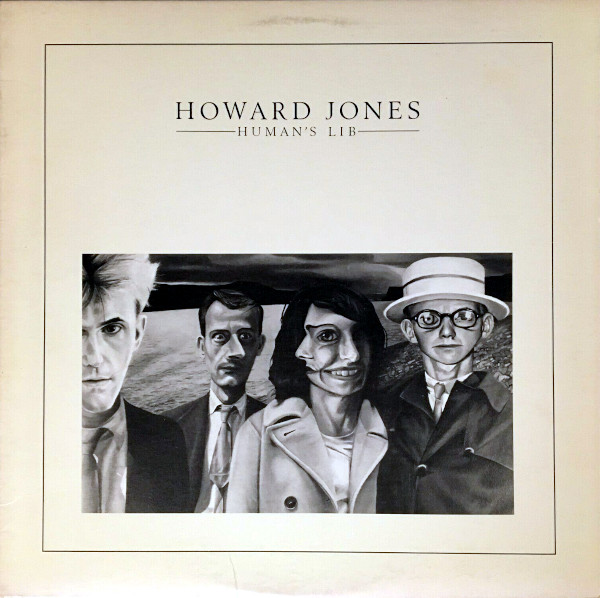 Right place, right time and rightfully regarded as one of the more likeable synthesizer pop albums to emerge in the mid 80s.

Thomas Dolby hosting a self-help seminar. That was my initial impression of Howard Jones’ first album. If that sounds like a slight, note that Jones himself probably would have seen the comparison as a compliment (Dolby was the patron saint of the synthesizer in the 80s). And there’s no denying that Human’s Lib is far more listenable than Dolby’s second album, The Flat Earth. In fact, it went on to quickly establish Jones as one of the bright lights in the mid-80s new wave scene, even topping the UK charts.

If it’s not a staple in my music collection, Human’s Lib hardly needs my validation. By the time it arrived, I had already amassed a pretty large collection of synthesizer pop records by Ultravox, Gary Numan, The Human League, Thomas Dolby, Duran Duran, Visage, The The, Classix Nouveaux… well, you get the point. So, while I could appreciate Howard Jones’ melodies, modish hair and mastery of the synthesizer, it wasn’t a revelation to me. Apparently, it was for others, and that’s wonderful.

The album is notable for several successful singles: “What Is Love?,” “New Song,” “Pearl in the Shell” and “Hide and Seek.” In my admittedly worthless opinion, only “What Is Love?” has stood the test of time as a timeless hit. The rest of the record is extremely competent and often clever synthesizer pop with a slightly dark and deep streak. A few of the songs could even pass for Dolby (“Conditioning,” “Pearl in the Shell”) or Ultravox (“Human’s Lib), two of the more sinister purveyors of synthesizer pop. Most of the time, though, Jones prefers a positive message, influenced in large part by the spiritual teachings of his friend, William Bryant.

Despite his reliance on electronics, Jones makes an emotional connection with his music. Although his vocals are frequently masked, there are times when he reminds me of Simon Le Bon, Sting or even Steve Winwood, none of whom could be called bad singers. One nit I have with Human’s Lib is that Howard Jones doesn’t break off his vocal chains more frequently, since he clearly has a good voice.

Of minor interest, the original compact disc included a bonus instrumental, “China Dance,” which sounds like you expect it would: vaguely Oriental synthesizer music. I’ve read that this album was re-released in an expanded edition, which seems warranted given its commercial success. That said, I can do without about half of Human’s Lib, so doubling it isn’t likely to double my pleasure. An expanded edition of Telekon? Yeah, I’m totally down with that.