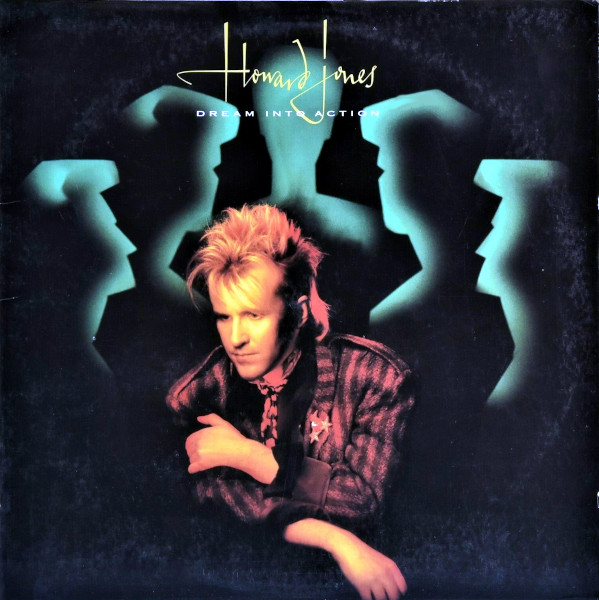 From beginning to end, a treasure trove of ‘80s synthesizer pop with a positive message.

Kronomyth 2.0: Things only got better.

Howard Jones followed up his chart-topping debut with an even better album, Dream Into Action. This is one of those albums that you listen to from beginning to end, with nearly song taking a turn as your favorite over time. A lot of music in the mid Eighties didn’t interest me, but this, The Golden Age of Wireless and Cupid & Psyche ’85 captured everything that was best about electronic dance pop.

Where Scritti Politti was sometimes inscrutable, Howard Jones is a clear communicator who makes a real connection with his audience. Life in One Day is a self-help session wrapped in sugar, No One Is to Blame is simply heartbreaking, Dream Into Action is sound advice to heal division. Throughout, Jones and producer Rupert Hine strike just the right balance between technology and humanity. Even when Jones is preaching about animal rights (Assault and Battery), you have to appreciate the music behind the message.

The second side starts with Look Mama, a plea for independence that was one of several singles from the album. Bounce Right Back is Jones’ playful rap attack, Elegy its antithesis. The remaining tracks continue to balance between dark and light, ending with the atmospheric and heavy Hunger for the Flesh. While the album is front-loaded with its best ideas, Dream Into Action held my interest throughout.

In reading an NME article on 50 albums from 1985 that have aged well, I was surprised that Dream Into Action and Cupid & Psyche ’85 didn’t get a mention. The article made good choices, and I don’t envy anyone the task of compiling such a list, yet these two albums bespeak what was best about 1985 and still sound wonderful today, to me anyway. Both proved that great music transcends the medium and that synthesizers can have as much soul as a saxophone.

All tracks music and lyrics by Howard Jones.