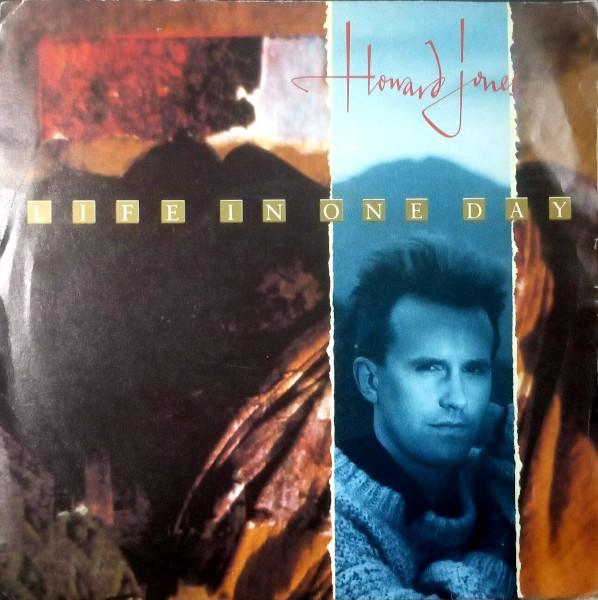 A positive message wrapped in island melodies, from the same decade that brought you Don’t Worry, Be Happy.

As much as I enjoy both philosophy and music, I rarely enjoy the two together. Okay, that one Monty Python song, but that’s it. Life in One Day is a light entry from Howard Jones’ Dream Into Action, pairing an upbeat island melody with the wisdom of trying not to do everything at once (stop and smell the roses, as the philosopher Ringo Starr might have said).

In the US, the nonalbum Learning How to Love was featured on the flip side. More or less filler, it lacks a strong melody and wouldn’t have made the cut for Dream Into Action. In the UK, the instrumental Boom Bap Respite was included on the B side. Featuring some tasteful piano playing, it’s much better than its title suggests and hints that Howard Jones might have a very good instrumental album up his sleeve some day.

The labels also produced a double 7-inch single and 12-inch single to support “Life in One Day,” both of which are worth hunting down if you’re a fan of the man. The double-single includes live performances of Always Asking Questions and New Song that capture the excitement of seeing Jones perform in person. And, despite my coolness toward remixes, the part one and part two extended remixes of “Life in One Day” are very well done — no by-the-numbers remixes here.