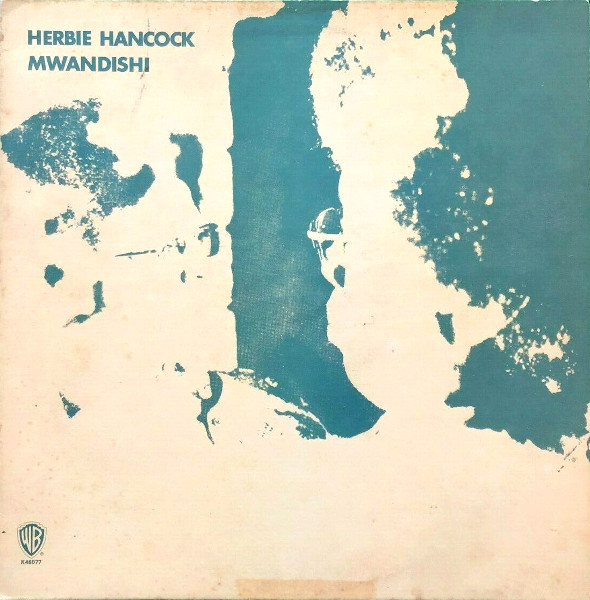 New band, new names and a new language of jazz that set into motion a trio of groundbreaking elpees.

Untethered and touching all of the cosmos at once. That’s the impression I have of Mwandishi; that it’s as much a spiritual quest as a musical quest. Everything about this album suggests a new beginning. There is a new band (only Buster Williams remains from the Fat Albert experiment) and, more importantly, a new purpose. Herbie Hancock asked the band members to take new, African names, as if the entire Mwandishi experience were a rebirth and, of course, it many ways it is. The sounds captured here are unlike anything Hancock had done to date. For the listener, the sensation is like living in a waking daydream.

The music could be said to exist in a kind of spiritual stereo; instead of left and right channels, there are conscious and subconscious channels. In the conscious channels (the present), you have the perfect solos of Eddie Henderson, the rhythmic painting of Hancock, the profoundly alien sound of Bennie Maupin’s bass clarinet and Buster Williams’ mantric bass. In the subconscious (the timeless), you’ll find the lush rhythms of Billy Hart and Leon Chancler, Hancock’s soft and dreamlike Rhodes and Julian Priester’s sheltering trombone sounds.

Mwandishi only contains three tracks, which blend together to form a single journey. The opening “Ostinato” is a spiritual ceremony of sound that makes the unorthodox sextet (trumpet, trombone, bass clarinet) seem a divinely inspired configuration. “You’ll Know When You Get There” and “The Wandering Spirit” are ethereal, unfolding, spectral, majestic. From a production standpoint, Mwandishi is one of the most impressive-sounding jazz albums to date; the placement of sounds in the stereo mix opens a new dimension to the music. It seems that each new Hancock album raises the bar, but Mwandishi raises it to a higher level of consciousness. For many listeners (myself included), this album marks the beginning of Hancock’s most fascinating phase.

All compositions arranged by Herbie Hancock.