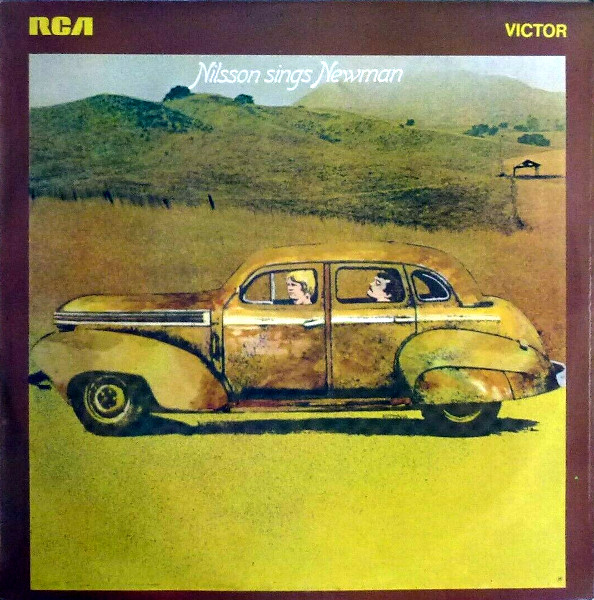 Half of the material on Harry was covers, including a song by up-and-coming songwriter Randy Newman (“Simon Smith and the Amazing Dancing Bear”), but it still didn’t prepare you for an entire album of covers by one artist. At first glance, Nilsson Sings Newman would seem to put too much focus on the songs of Newman, but here’s the thing: the real key to the album is Nilsson sings. By focusing—okay, more like hyperfocusing—on the vocals, Nilsson delivers a tour de force of the human voice. Stereo Review named it their album of the year for 1970, and while they were known for picking underdogs (I mean, really, Muswell Hilbillies?), Nilsson clearly wasn’t the only one who took the experiment seriously.

The album is unique for several reasons. Let’s start with the songs themselves: short vignettes of a bygone America that looks to recapture some of the innocence and authenticity of human relationships in an uncluttered time. Really short vignettes, actually; the whole album runs under 30 minutes. The instrumentation is spare, featuring mostly Newman’s piano and some additional touches from Nilsson. And that leaves more room for that voice, which is multitracked into a human chorus on many of these tracks. Nilsson and a team of overdub engineers purportedly did over one hundred vocal takes for a single song. In that sense, Nilsson Sings Newman is a perfect album, or at least a perfect performance of these songs.

Highlights include the opening Vine Street, which starts like an actual song before settling into voice and piano arrangements for the rest of the album; the powerful Cowboy, in which Nilsson literally goes from a whisper to a scream; the gorgeous Caroline and Living Without You (the latter with a trace of Beach Boys in it); and So Long Dad, a song that must have struck a deep chord with Nilsson. There are two instances where Nilsson’s directions to the engineers have been preserved (Dayton, Ohio 1903 and “So Long Dad”), which are quintessentially Nilssonian moments in their mischief and self-sabotage. I suppose we’re all our own worst enemy, but Nilsson seems to relish the role more than most.

Nilsson Sings Newman is admirable for a number of reasons, from its painfully exact engineering to its magnanimous decision to showcase the songwriting of Randy Newman. (Apparently, the number is 2.) It is not, however, one of my favorite Nilsson albums. It’s more of a clever curio, timeless in one sense yet hopelessly out of time at the same time. (Sometimes I only sow confusion.) It’s an album that casual listeners and even Nilsson fans will need to warm up to, which eventually they will. I would hazard to guess, for example, that the folks at Stereo Review listened to this album more than once before declaring it the best album of the year. Ultimately, the album stands on the strengths of its two pillars: the singing of Nilsson and the songs of Newman. That those pillars are all there is (excepting the piano playing of Newman) is a surprise, but a sweet surprise.

All songs written by Randy Newman.

Released on elpee and 8-track in February 1970 in the US (RCA Victor, LSP-4289). 8-track features different track order.