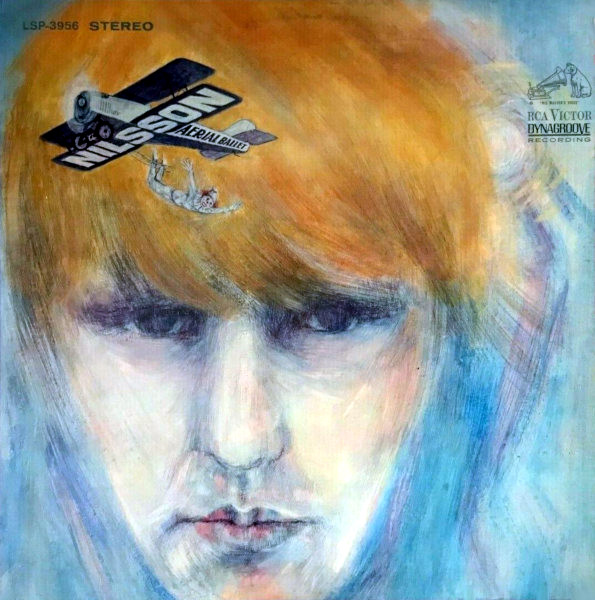 Kronomyth 3.0: He flies through 12 tracks with the greatest of ease.

Nilsson’s brilliant songwriting and marvelous, multitracked voice are the stars of the show on Aerial Ballet. If The Beatles liked his last record (and apparently they did), they must have been head over heels about Aerial Ballet. Here was the perfect balance between Harry Nilsson and arranger George Tipton, who (like another George) added just the right mix of horns and strings to sweeten everything. You knew Nilsson was special after listening to Pandemonium Shadow Show; you knew why after hearing Aerial Ballet.

On his last album, there were moments when it sounded like Nilsson might be the new Neil Diamond. Aerial Ballet is the work of a new artist. Nilsson (like most musicians on the planet) was influenced by the pop music of The Beatles, particularly those songs that featured horns and strings (“Penny Lane,” “When I’m Sixty-Four,” “For No One”). His use of the human voice, however, is unique to him, from the chorus of throat clearing on “Daddy’s Song” to his almost horn-like vocalizing on songs like “I Said Goodbye To Me” and “Everybody’s Talkin’.” And then there’s his seemingly effortless facility for songcraft; even the tunes that were left off the album (e.g., “Girlfriend,” “Miss Butter’s Lament”) are breathtaking.

A quick glance at the album’s content reveals a couple of classics: “Everybody’s Talkin’,” “One.” But it’s the songs you may not have heard before that will make you stand up and cheer for Aerial Ballet. Nilsson could take personal pain (“Together,” “Daddy’s Song”), the mundane (“Good Old Desk”) and even the profane (“Bath”) and make it art. He could create sympathetic characters (“Mr. Tinker,” “Mr. Richard’s Favorite Song”) in the same vein as Paul McCartney (“Eleanor Rigby,” “She’s Leaving Home”) and gild them with melody. The wonder of Aerial Ballet is that Nilsson does it all so perfectly, effortlessly. You wait for the hand to slip, for the album to fall from its impossible heights of pop perfection, yet it never does. Nilsson doesn’t even stop to take a bow at the end; instead, he shuffles off stage to take a bath.

Albums like Aerial Ballet are a rarity, because few artists are able to work within pop’s established idiom to paint masterpieces. 10cc, Billy Joel, Elton John, ELO and, of course, The Beatles come to mind. They’re confectioners with a taste for complexity, pop artists who understand that audiences are as transfixed by the brutality of the ballet as the beauty of it. In some ways, Aerial Ballet is a brutal portrait of a pained life; in every way, it is a pop album of exceptional intelligence and beauty.

[Note: I’m not at all happy with this review, so I reserve the right to rewrite it later.]

All songs written by Nilsson unless noted. Arranged by George Tipton.

Pickwick elpee reissue
A1. Good Old Desk
A2. Don’t Leave Me
A3. Mr. Richland’s Favorite Song
A4. One
A5. Together
B1. Everbody’s Talkin’ To Me
B2. I Said Goodbye To Me
B3. Mr. Tinker
B4. Little Cowboy
B5. The Wailing of the Willow