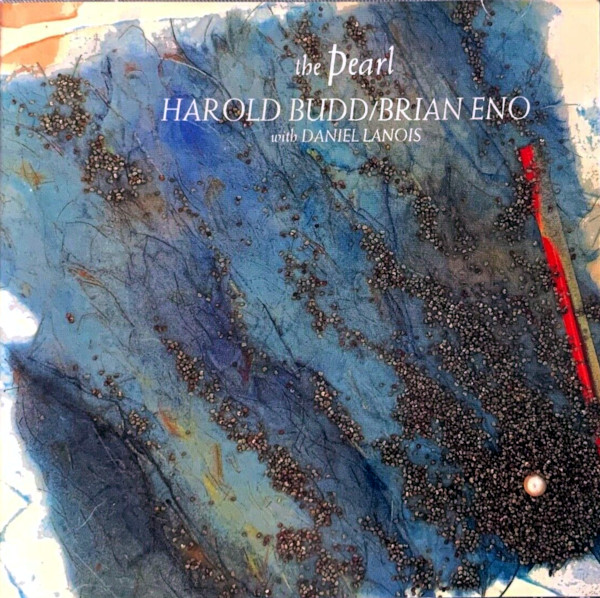 A deeper reflection on the musical possibilities of The Plateaux of Mirror, mixed with the vastness of Apollo.

The first time I listened to this disc, a housefly hatched in error on a warm December day stole into my listening room and flitted noisily through the window shades. At first, I thought the intrusion part and parcel of the music, only isolating the sound as extraneous during The Silver Ball. Even after my discovery, the housefly’s mad rovings interacted with rather than distracted from the music, which I reckon is a fair litmus test of whether something is effectively ambient.

The same might have happened on The Plateaux of Mirror or Apollo, as The Pearl is essentially a further reflection on those albums’ musical possibilities. And yet it might not have, as Mirror was less organic and Apollo more cosmic; environments that are less hospitable to your common housefly. The Pearl is a warm, natural record at times. Songs evoke rain drops falling in a misty landscape (Their Memories), notes dissolving into sonorous spaces (The Pearl), the shimmering whiteness of a sunlit stream (A Stream with Bright Fish), leaves spinning slowly downward in the sweet, chilled air (Late October). Yes, I know, that totally sounds a new age weenie album, only The Pearl isn’t a pretense to deep thoughts, it’s music as art.

The earlier pairing of Brian Eno and Harold Budd revealed an interesting if not entirely balanced partnership. Eno’s treatments were more of a backdrop to Budd’s carefully placed piano notes, or at least that’s how I remember it. On The Pearl, Eno’s exotic and spectral settings are better balanced; Budd births the note and Eno sends it spinning into space or creates a soft landscape to catch/contextualize it. Prior to hearing Apollo, I would have marked this album as a plateau on the moon. (In my original review, I wrote: “The compositions are still, remote, the light of distant suns reflected on alien landscapes, uncolored by the observations of a sentient intelligence. The piano keys become ice crystals, suspended in the black vacuum of space, isolated and infinite.” There’s probably the material for a really crappy haiku in there somewhere.)

I couldn’t tell you what Daniel Lanois brings to the party. The Pearl would fain foster its own inscrutable inkiness, leaving liner notes (like the music itself) to the imagination. There is an added element of noise in some cases (“Stream With Bright Fish”) that might be Lanois’ hand or not. As with most of the ambient recordings from Budd and Eno, repeated listenings are required to absorb the fullness of their sonic implications. Fortunately, The Pearl passes as imperceptibly as time itself, making it the rare disc you can listen to over and over again. I might give The Plateaux of Mirror the nod, in case you’re teetering between the two, but only because it reached this plateau first.

Released on elpee and compact disc in August 1984 in the UK and the US (Editions EG, EGED/EEGCD 37). (The CD may date from 1987, since a 1984 release likely would have been printed in Germany or Japan.)