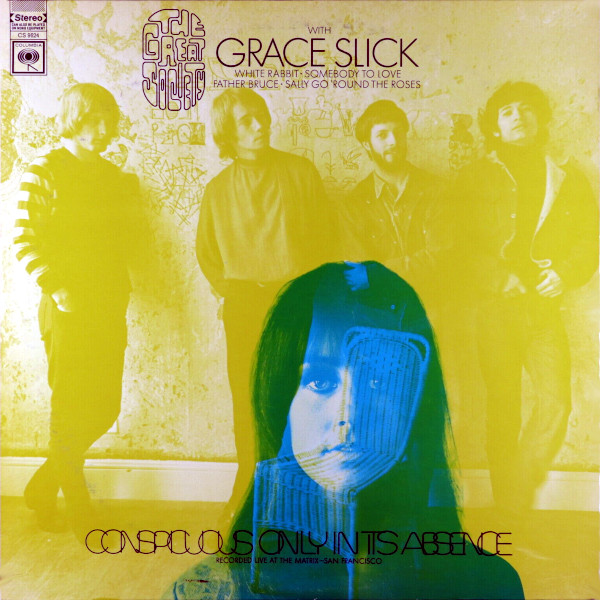 As Grace Slick rose to fame in Jefferson Airplane, Columbia gave listeners a glimpse of The Great Society that might have been.

Kronomyth 1.0: Welcome to The Matrix. Don’t let the doormouse hit you on the way out.

I was born on Halloween 1965 in New York, blissfully unaware that on the other side of the privileged land I had been born into, a cultural revolution was taking place that would create a new schism of ideologies, liberal and conservative. There has always been a schism since man was exiled from the garden, balanced on the fulcrum of rules: God’s rules, the ruling government’s rules, society’s rules. The corrupted nature of man precludes one side from fairly claiming good over evil (though both sides invariably do). Still, it’s interesting that the act of rebellion always comes with an apple, a sweet reward, to distract us from that most original of sins, the elevation of self over God. There are chocolate bunnies at Easter and presents at Christmas. On Halloween, they give you candy.

In San Francisco, they were peddling mind candy: psychedelic rock that charged at the gates of convention with six-stringed rifles, eastern sounds to mock our western ideals, and a subtext of sexual and chemical freedom. The “big” dealers were the Grateful Dead and Jefferson Airplane, the latter setting up residence at a local club, The Matrix. Conspicuous Only In Its Absence tells the story of an up-and-coming pusher of counterculture propaganda, The Great Society (a tongue-in-cheek reference to President Johnson’s vision for the future), recorded at the Matrix, where the band would sometimes serve as the opening act for Jefferson Airplane.

If you have a passing knowledge of the Airplane, you’ve already fast-forwarded to the fact that The Great Society was Grace Slick’s original band. The live recordings presented here capture some of The Great Society’s greatest material, including the pre-Airplane versions of “White Rabbit” and “Someone To Love” (re-christened “Somebody To Love” by the Airplane). Although Surrealistic Pillow elevated those songs to new musical heights, the version of “White Rabbit” presented here, which features some wild soprano sax playing from Pete van Gelder, already has grand designs in mind.

Columbia had intended to sign The Great Society to a record contract, but Grace Slick left before the band could record an album, to replace Signe Anderson in Jefferson Airplane. The rest, as they say, is history. Conspicuous Only In Its Absence is the history behind the history. It reveals a remarkably talented singer/songwriter (Grace Slick) and a band of interesting characters that included brother Darby, husband Jerry Slick, David Minor and multi-instrumentalist Jerry van Gelder (here listed as Vangelder and, inexplicably, as “Vangeler” on the writing credits).

With time, The Great Society might have become a great band, or at least a good band with some great songs. Even at this early stage, Grace shows she has the brains and balls to match her beauty, and it’s clear that the author of “White Rabbit,” “Often As I May” and “Didn’t Think So” is someone special. Vangelder also kicks in a strong pair of songs, “Grimly Forming” and “Arbitration,” the latter featuring Darby Slick on vocals. Darby tries for a menacing Mick Jagger/Eric Burdon style, but he’s no match for sister Grace. A group composition detailing Lenny Bruce’s infamous fall from a hotel window, “Father Bruce,” is interesting both for its historical reference and Grace’s use of the word “fuck” at the end of the song. A cover of Bob Dylan’s “Outlaw Man” and The Jaynett’s “Sally Go ‘Round The Roses” (interesting choice, that) round out the album.

The Verdict
Conspicuous Only In Its Absence is an important historical document. Does it shed any new light on Jefferson Airplane? No, it doesn’t. Does it make you see Grace Slick in a different light? Again, no. It does refute the notion that Grace was some ingenue who lucked into the Airplane, on the off chance you held that opinion. It’s conspicuously clear from here that Grace Slick was destined to be a star, and her departure from The Great Society was inevitable. One note worth mentioning: the record is “produced” by Pete Abram, co-owner of The Matrix. I put that word in quotes because Abram did little to enhance the original recording, which sounds better than a bootlegged copy, but not by much.

*UK reissue credits this to Grace Slick only.