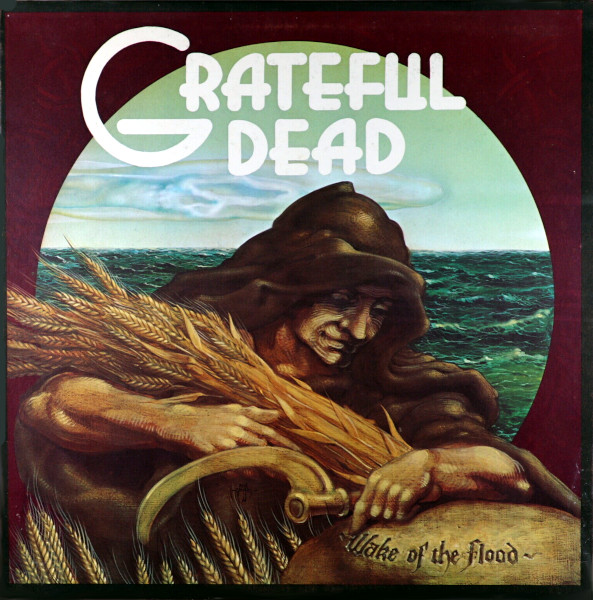 The band expands their musical palette with exciting results on their first studio album since American Beauty.

This is one of my favorite studio albums from the Grateful Dead, with lots of unexpected twists and turns in the music, occasioned in part by the addition of husband-and-wife team Keith and Donna Jean Godchaux and new musical elements (violin, horns). Keith would soon go MIA in the music, but here he gives the Dead a deeper dimension, informed by a background in traditional jazz—a fact that has led some to incorrectly label this as their “jazzy” album, which it isn’t. What Wake of the Flood is, is a tuneful record that captures the band’s live magic in the studio. I’ve heard better versions of “Row Jimmy” performed live, but otherwise the studio versions presented here have been unequalled on stage, so far as I’ve heard (which, admittedly, isn’t everything by a long, strange longshot).

The handful of Hunter-Garcia songs presented here are all top-notch numbers: “Mississippi Half-Step Uptown Toodeloo,” “Here Comes Sunshine” (the source for the album’s title), “Stella Blue,” “Eyes of the World” and “Row Jimmy.” In fact, if you were looking for one record that displayed the best of Hunter and Garcia as songwriting partners, I would point you to this record or The Wheel. With the band’s Americana/country period over, Wake of the Flood is in some ways the logical followup to Aoxomoxoa, which found the band experimenting with new sounds. “Mississippi Half-Step Uptown Toodeloo” and “Here Comes Sunshine” in particular have their precedent on that album (“Dupree’s Diamond Blues,” “Mountains of the Moon”). More importantly, Wake of the Flood points forward to the music ahead, notably Terrapin Station.

Also featured on the album is a song from Keith Godchaux, “Let Me Sing Your Blues Away,” that has some interesting chord changes but confirms that Keith is the least talented vocalist in his family, and the multi-part “Weather Report Suite,” which stitches together a few Bob Weir ideas into a wider patchwork. I’m not sure these pieces wouldn’t have been more effective as standalone songs, but presented as a broader vista it is arguably Weir’s most ambitious creation to date and closes the album on a classy (and, yes, jazzy) note.

I wouldn’t call Wake of the Flood a transitional record, since From The Mars Hotel was something of a dead end. Rather, it’s a case of the band doing what they do best while refusing to do what you expect them to do, which in its own confusing way sort of sums up the appeal of the Dead for me.