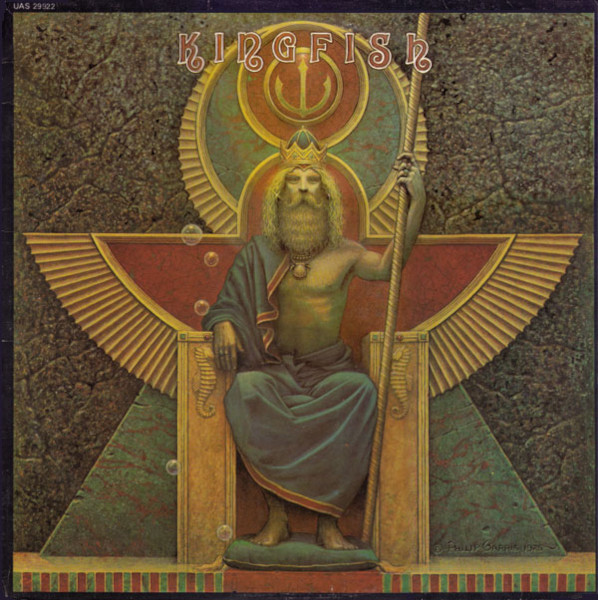 Basically the same trip as NROTPS but with Bob Weir along for the ride this time.

Despite the familiar cover artwork, this is allahtogether a different animal than the Dead’s last album, featuring a mix of country, soft rock and a few tunes with Bob Weir on vocals that, yes, inevitably draw comparisons to the Dead and New Riders. In fact, the opening “Lazy Lightnin’/Supplication” actually made its way into the Dead’s live set for a short time. For my money, Weir’s contributions to Kingfish form the highlights of their first album. “Lazy Lightnin’” and “Home To Dixie” blow by like a cool breeze, and his reading of Marty Robbins’ “Big Iron” is country at its best. Even the closing “Bye And Bye,” which gets a reggae reading reminiscent of Jerry Garcia, is likely to please Deadheads.

The rest of the record, sung and written mostly by Matthew Kelly, Dave Torbert and Tim Hovey (plus a couple of John Carter/Tim Gilbert songs held over from their old Horses days), is occasionally interesting but generally uneven. “Wild Northland” and “Good-Bye Yer Honor” feel like holdovers from the old NRPS days, while songs like “This Time,” “Hypnotize” and “Jump For Joy” are unremarkable in an era that produced Poco, Firefall and, of course, Eagles.

Although it’s tempting to see Kingfish as New Riders Mk. II, the Riders had a raison d’être outside of Jerry Garcia and the Dead. Kingfish lacks the strong presence of a John Dawson or the sterling performance of a Buddy Cage (lead guitarist Robby Hoddinott seems like a fish out of water most of the time). Although it’s not on a par with the first NRPS album, Deadheads fishing for something Weir’d should be happy enough with the net results, especially given their dearth of options after Ace.

All arrangements by Kingfish.