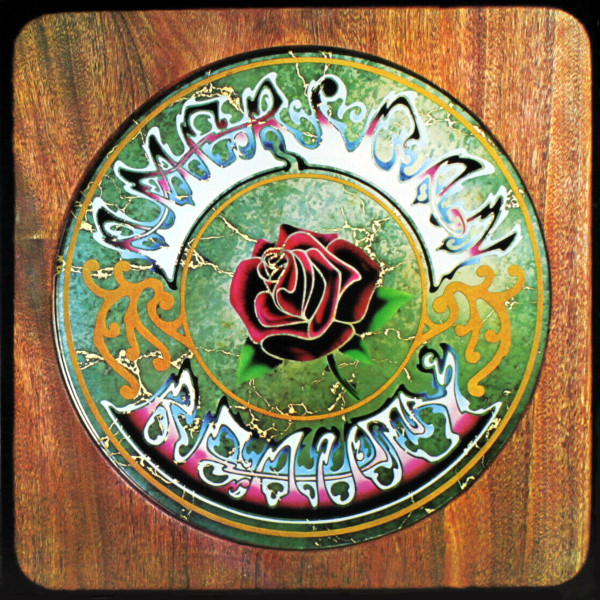 This is the Sticky Fingers of the Dead, a virtual greatest hits album.

Kronomyth 6.0: The great flower bed of the Dead.

A Dead album by any other name would not smell as sweet as American Beauty. The band returned to the studio six months after the breakthrough Workingman’s Dead to record a new collection of songs written this time by various members in collaboration with lyricist Robert Hunter, and the results were the strongest of their short career: “Box of Rain,” “Friend of The Devil,” “Sugar Magnolia,” “Ripple,” “Truckin.” If their last album had been a revelation, American Beauty was paradise found. Instruments intertwined like DNA strands, voices creaked like comfortable sneakers, piano and pedal steel provided the perfect punctuation to Hunter’s sage-poems, and the entire album rolled easy with a deceptively loose feel that belied the artistry underneath.

Although many have heard on American Beauty a continuation of the band’s country-rock adventures, this album has always struck me as a partial return to the ornate style of Aoxomoxoa. Again, the cover artwork seems to capture the essence of it: psychedelic rock framed in a country-rock context. The track sequence for American Beauty is an interesting one, showcasing different members of the band before settling in for half an album of Hunter/Garcia songs. Jerry Garcia’s contributions have a quiet intensity to them (“Brokedown Palace,” “Attics of My Life,” “Candyman”), forming the soul (if not the heart) of American Beauty’s appeal.

It’s strange to think this would be the last studio album from the band for several years. Ron McKernan’s health issues had forced him into a peripheral role (“Operator” essentially amounts to a cameo), and Garcia in particular was already eyeing other alliances with New Riders of the Purple Sage, Howard Wales and David Grisman (all of whom appear on this album). American Beauty thus stands as the pinnacle of the band’s first phase, and for my money the finest album they’ve ever recorded.