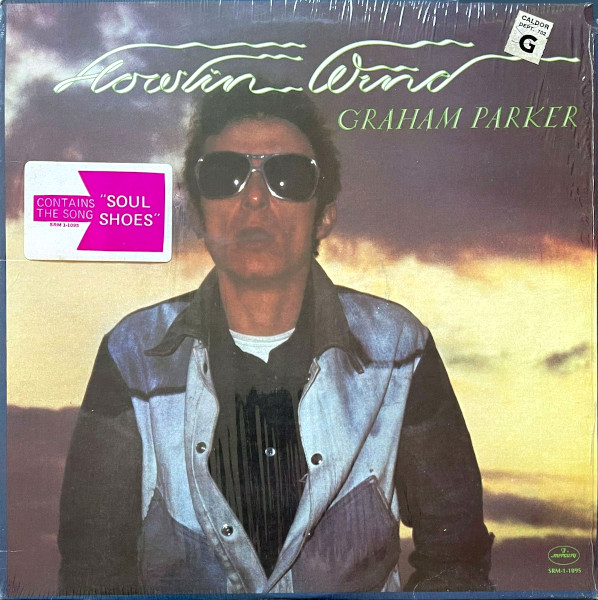 The debut album from the best new band of 1976, according to Rolling Stone.

Kronomyth 1.0: Twas brinsley, and the schwartzy toves did gyre and gimble in the wind.

With Van Morrison on some sort of mystical sabbatical and Bruce Springsteen struggling with his former manager and his newfound fame, Graham Parker’s Howlin Wind arrived like a breath of fresh air. Rolling Stone crowned Graham Parker and the Rumour the best new band of 1976, and no less a figure than Springsteen himself gave them his benediction by saying “Graham Parker’s the only guy around right now I’d pay money to see.” Not bad for a guy who was working at a gas station just a few years earlier.

Howlin’ Wind is a remarkably consistent record from a major talent. That said, its consistency has a lot to do with The Rumour, a working band built from the ashes of Brinsley Schwarz. Add in the fact that former Brinsley Schwarz bassist Nick Lowe was the album’s producer and Brinsley Schwarz manager Dave Robinson its executive producer, and it wouldn’t be completely out of order to call Howlin Wind Brinsley Schwarz’s finest hour.

Graham Parker and The Rumour deliver the sort of R&B and white soul music that makes the hair on the back of your neck bristle. It’s electric, defiant, sometimes surprisingly tender, punk in attitude but pristine in execution. In some ways, the songs aren’t far removed from Dave Edmunds (e.g., Back to Schooldays). In other ways, particularly in Parker’s sardonic wit, it feels light years removed (Don’t Ask Me Questions).

Howlin Wind was supported with two singles, Silly Thing and Soul Shoes. They’re two of the most fun tracks on the album, with catchy choruses and punchy horns. Other highlights cut in the same mold include Lady Doctor and White Honey. Parker isn’t just a rocker, though. He’s got a sensitive side that shows up in the ballads (Gypsy Blood) and even a streak of optimism (Between You and Me). The more you listen to this record, the more each song grows on you, and the more convinced you become that Parker couldn’t write a bad song if he tried.

Consistency has been a hallmark across Graham Parker’s career, so I’ll leave the beknighting of “his best album” to some other pundit. Howlin Wind is simply a great start to a career that should have received greater attention outside critical circles, but one that produced albums which were worth every penny. Except for The Parkerilla, which if I recall was kind of the point.