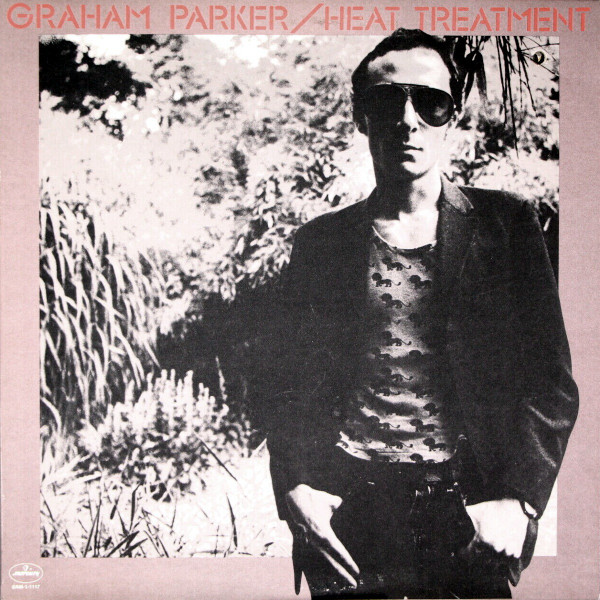 Imagine if Bruce Springsteen and Elvis Costello had a baby. Now try not imagining it.

The image of Graham Parker on the cover, looking every bit like Bruce Springsteen’s twerky night-shift replacement, pretty much sums up his second album, Heat Treatment. Released only six months after Howlin Wind, it cemented his status as rock & roll’s rookie of the year and continued to invite favorable comparisons to The Boss. But Parker is plainly more pessimistic. Springsteen’s characters lived in the daylight and Parker’s lived in the night. That’s probably a terrible generalization, but I’ll assume you’ve abandoned all hope of insightful criticism by now.

The album isn’t radically different than his first and needn’t be. The material might even be a notch better. Heat Treatment, Fools Gold and Back Door Love can hold their own with “Silly Thing,” “Soul Shoes” and “Lady Doctor.” Although The Rumour doesn’t get a credit on the front cover, they deserve all the credit for keeping these songs from losing their edge. The instrumental bridge on “Heat Treatment” is pure joy and the arrangement on Something You’re Going Through is stunning. A new horn section provides the same kick as before.

The songs on Heat Treatment sway between seamy and sentimental. Hotel Chambermaid and “Back Door Love,” for all their clever wordplay, are plainly opportunistic. Yet Black Honey and “Fools Gold” show a vulnerable side to Parker. Reconciling the two is difficult, but the light/dark split is part and parcel of Parker. His next album, Stick to Me, was a missed opportunity, but the first two albums are classics. And, despite the differences in production style between Nick Lowe and Robert John Lange, I don’t hear a big difference between the two albums, suggesting that both had the sense to let Graham and the band do their thing.

All selections written by Graham Parker. Arranged by G P and The Rumour.

* Included in the first 5,000 copies of Heat Treatment.

CD reissue bonus tracks
11. Hold Back the Night
12. (Let Me Get) Sweet on You