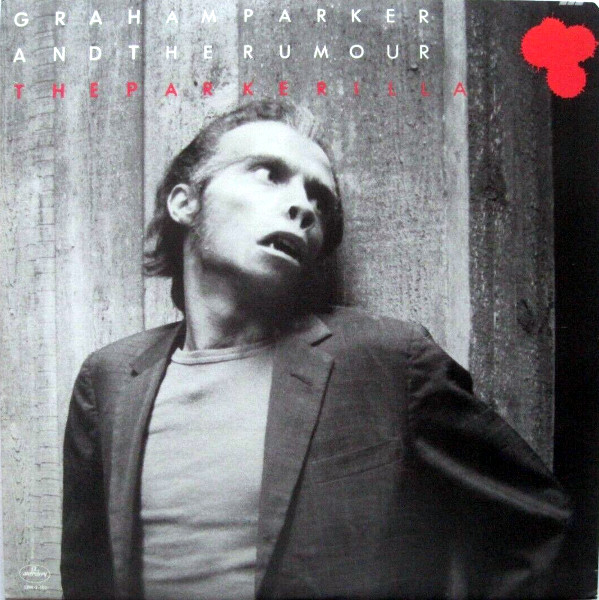 Parker gets out of his contract with Mercury Records, and you get three-fourths of a double live album.

I was going to start this review with a discussion of contractual obligation albums, of which this is one (well, technically two), but I’ve decided to talk about werewolves instead. Since, you know, Graham Parker looks more like a werewolf than a gorilla on the album cover. And because I just watched The Cursed, which is one of the best werewolf movies I’ve seen in a while. You would think that to be a back-handed compliment, but werewolves have been the beneficiaries of some fine cinema including (in no particular order): The Wolf Man (the original with Lon Chaney), The Howling, Silver Bullet, An American Werewolf in London and Rawhead Rex (which isn’t technically a werewolf movie, but that’s splitting hairs).

If it seems like I’m avoiding the topic at hand, The Parkerilla, I probably am. By now, you know this isn’t the first, second or third Graham Parker album you need to own. The performances are loud and fast, the production surprisingly poor (I assume the original mix is to blame, since Robert John Lange is no slouch) and the decision to make side four a 12-inch maxi single of a song Parker had already recorded, Don’t Ask Me Questions, seems unnecessarily stingy. Oddly, the semi-official Live at Marble Arch has better sound quality.

In its defense, The Parkerilla represents an impressive body of work. The Rumour add their usual brilliant commentary, here under the direction of Bob Andrews, and a four-piece horn section adds an exclamation point to it all. Still, none of these performances outshine the originals, and the rushed performances unwittingly obscure the original craftsmanship behind songs like Heat Treatment, Silly Thing and New York Shuffle. Also, I would have loved to hear a live version of “Hold Back the Night.”

So, werewolf does that leave us? With three sides of live Parker delivered hot and sloppy plus a thin slice of studio music on top. There are enough great songs on here to make a meal out of it, although you’d be better served by gobbling up the original albums first. I made the mistake of making this my first Graham Parker purchase, thinking I was getting more for my money (the album was originally priced between a single and double album), and it cooled me on buying another Parker album for years.

All songs written by Graham Parker unless noted.