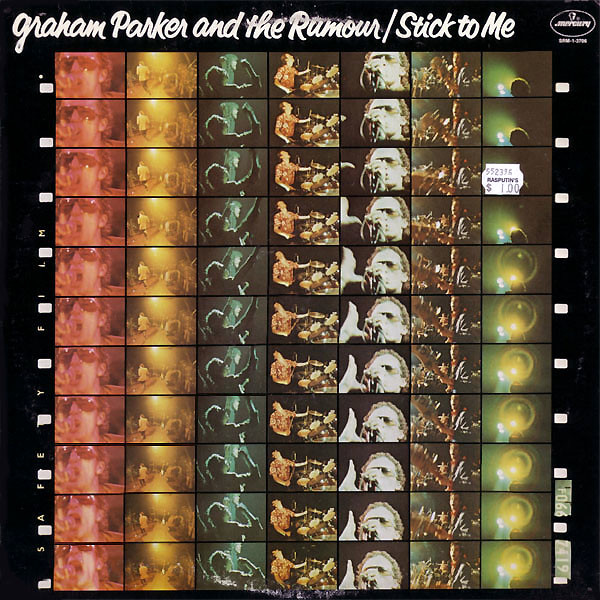 An early critical darling, the bloom was off the rose for Parker and the Rumour.

Kronomyth 3.0: Stuck for an encore.

In my world, the future of rock never depended on Graham Parker. He was just another brilliant smartass with an outmoded allegiance to old school rock & roll and a backing band hot enough to melt butter. Sure, he may have sounded like a cross between Bruce Springsteen and Elvis Costello at times, but guys like Parker lead star-crossed lives, not revolutions. So when it came time for number 3 and a freak accident forced the band to re-record the album at the last minute, you couldn’t call it unexpected (yeah, EC rules).

Stick To Me comes out swinging, but the knockout blow that many were waiting for never arrives. It’s ten rounds of raucous, rancorous rock and roll, some of which will have you swooning (Problem Child, Watch the Moon Come Down), but mostly this is Parker pulling his punches. Nick Lowe probably wasn’t the most sympathetic producer at this point; This Year’s Model and Jesus/Pure Pop sounded similarly rushed and crowded.

These days, the damning disappointment of Rolling Stone’s Dave Marsh (previously a big Parker booster) is buried by the dust of time and coated by a thin layer of latter-day accolades from Internet pundits who don’t know any better but to lump all of Graham’s early stuff together. Stick To Me could have been a classic record, should have been, really, since you don’t get a second chance to make a third impression. Instead, it’s a growl where a roar was required, the first in a series of faux paws that proved Parker was more of a lone wolf than a leader of the pack.

All songs written by Graham Parker unless noted.