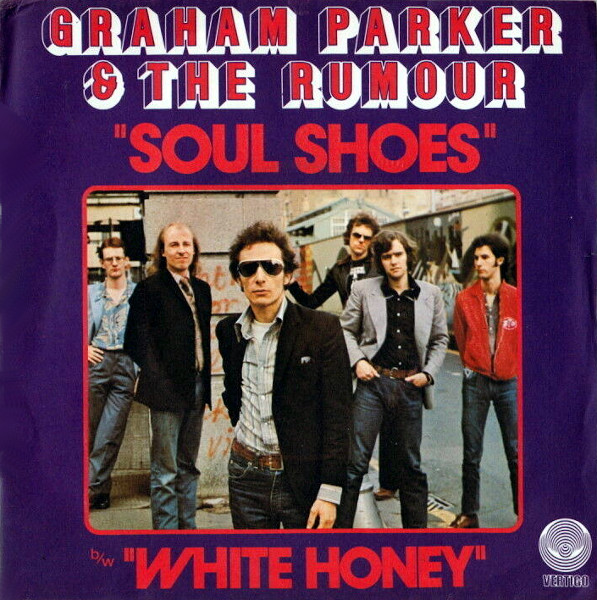 Years before Joe Jackson’s Denson shoes hit the streets, we had Graham Parker’s “Soul Shoes” to keep our toes tapping.

The second single from Graham Parker and The Rumour’s first album, Howlin Wind, was the foot-tappin’ Soul Shoes. The flip side was no slouch either: the album-opening White Honey. Oddly, the single didn’t chart, although I can vouch for the fact that Parker didn’t get a lot of play on my local radio stations, so you can’t expect people to want something they don’t know exists. Wanting something they’re not sure exists, well, that’s a whole other story.

Beyond Vertigo’s limited European release, Mercury released “Soul Shoes” shortly after with a different B side, You’ve Got to Be Kidding. Honestly, there isn’t a bad song on Howlin Wind; even the B sides are brilliant. The single version appears to be slightly shorter than the elpee version, probably by shaving a little off the front or back.