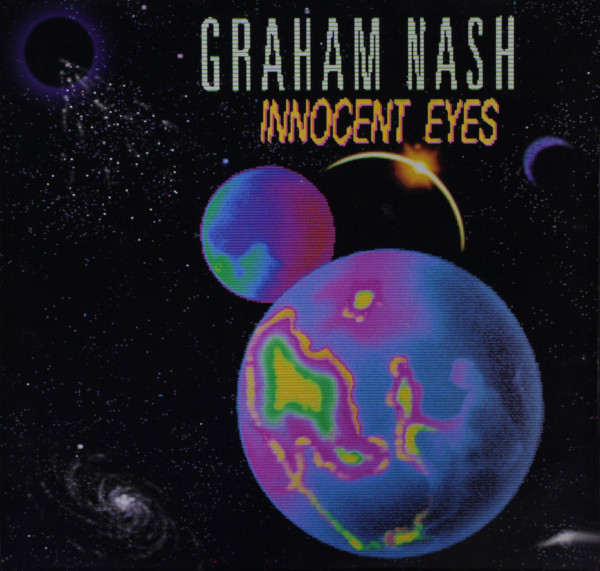 [Kronomyth 4.1]
Graham Is Guilty of Selling Out.

Graham Nash in leather pants. You had that to look forward to in the 80s. Honestly, that decade found new ways to suck every year. Just when you thought you’d reached the bottom, Mick Jagger and David Bowie would prance across the television screen singing “Dancin’ in the Streets” or Graham Nash and Kenny Loggins would hold a Rick Springfield soundalike contest (i.e., this song). “Innocent Eyes” was written by Paul Bliss, who was currently a touring member of the reconstituted Hollies, which also featured Nash. The flip side is actually one of the few highlights from Innocent Eyes, “I Got A Rock,” which matches anti-nuclear sentiments to quirky synthesizers and sounds similar to the work of Genesis’ Tony Banks. I get that Graham was trying to stay relevant in the 80s, I just think he could have done it without leather pants and synthesizers.