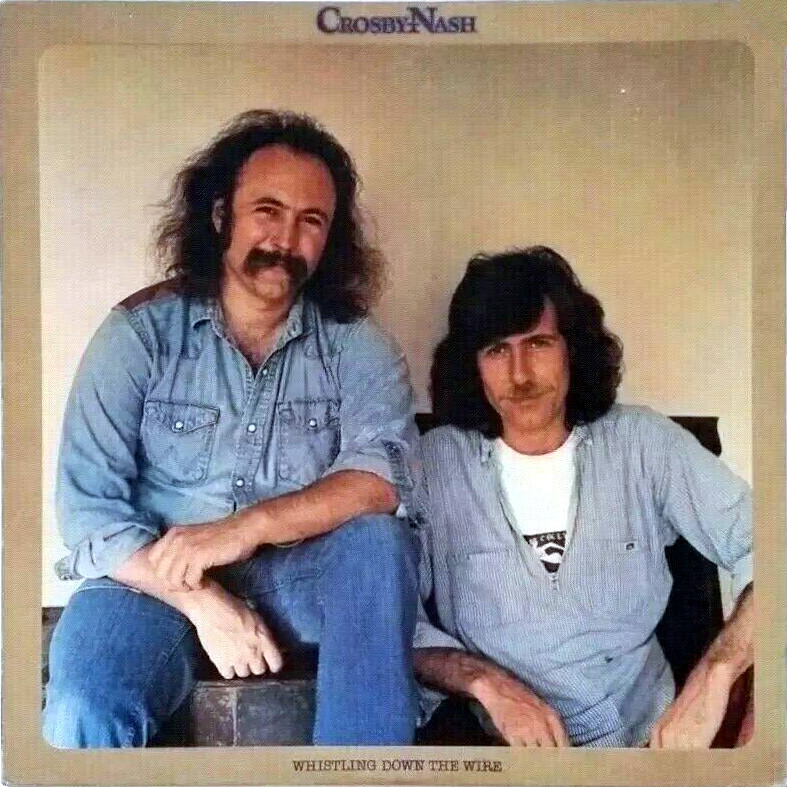 I’ve listened to this album dozens of times. There’s probably a time-management lesson in there somewhere.

CroNaMyth 3.0: Wasted on the wait.

Each Crosby & Nash album seems a little less magical than the last, as if with each rubbing of the lamp their collective genie-us grew weaker. There was still enough magic left to produce a gold record out of Whistling Down The Wire, but not enough to produce a hit single from “Out of the Darkness.” I’ve listened to this album dozens of times (it was the first C&N album I owned) and, even so, rarely walk away humming any of it.

The two Crosby-Nash songwriting collaborations—“Broken Bird,” “Taken At All”—are the obvious highlights, as they deliver on the promise of pretty harmonies and thoughtful pacing. I also enjoy Graham Nash’s bittersweet “Marguerita.” The rest of the record could accurately be described as mid 70s studio rock, of which there was hardly a deficiency during the decade. The subsequent CSN reunion revealed the Crosby & Nash collaboration for what it was: a gold solution to a multiplatinum phenomenon. When CSN dissolved again, Nash continued the experiment on his own with Earth & Sky while David Crosby wrestled with his demons.

Given the troubled history of CSN&Y, there’s no reason to believe that the Crosby-Nash affiliation was motivated by anything other than money. Of course, lots of things are motivated by money, and some of them still have benevolent consequences. As I’ve mused elsewhere, the Crosby-Nash albums were a kindness to fans because they put the pair’s best feet forward, one foot from each, so fans didn’t have to slough their way through two mediocre solo albums. And the pair had the support of the Mighty Jitters, one of the best backing bands this side of Muscle Shoals. You’ll want the proper CSN albums before this, the first two solo albums from Crosby and Nash individually and the first two C&N albums too. If you’ve acquired those and still wish for Wire, have at it. [Note: There’s also a remarkably thorough and thoughtful review of this album on a site called Alan’s Albums Reviews, which I encourage you to visit.]