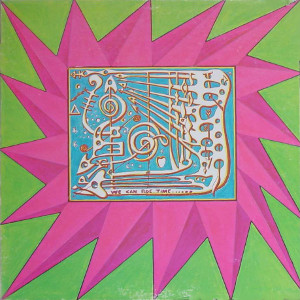 With most of the Air Force gone AWOL, Baker conscripted new members around Graham Bond and Denny Laine and recorded one more album.

Ginger Baker and Graham Bond released a second Air Force album, drafting some new members along the way but otherwise sticking to the flight plan of the first. Ginger Baker’s Air Force 2 features original members Denny Laine, Rick Grech and Harold McNair on a few tracks, including a cover of The Staple Singers’ “Let Me Ride” and the old Cream song, “Sweet Wine.” Although it was recorded in a studio, Ginger Baker’s Air Force 2 retains the same sweaty charisma as the first and feels like a live-in-the-studio production. Baker and Bond expanded the horn section for this album, adding Bud Beadle and Steve Gregory, which gives the record a jazzier tone.

It’s an interesting hybrid: African percussions, jazz/soul horns, female lead singers, rock structures (most of the songs clock in around four minutes) and even a pop single of sorts in Denny Laine’s version of “I Don’t Want To Go On Without You.” Highlights include the bizarre “We Free Kings,” the unexpectedly wise “Do U No Hu Yor Phrendz R” and two blistering Bond performances, “Let Me Ride” and “12 Gates of the City.” Cream fans will also spot the familiar-looking “Toady,” which includes (surprise!) a drum solo from Baker.

Despite the lineup changes, the two Air Force albums are of a piece; if you enjoy the one, you’ll like the other. Unfortunately, the album wasn’t promoted as well as the first, and the Air Force disbanded soon after. (You’re seeing a pattern here, aren’t you?) Also, the second album is short on material; strange, since the group recorded a lot of additional material, which turned up on international releases of Ginger Baker’s Air Force 2. I think they’ve since reconciled the songs on an expanded compact disc reissue; if not, someone really should, since the Air Force records are some of Baker’s tastiest experiments.